‘The world is losing the war on climate change’ 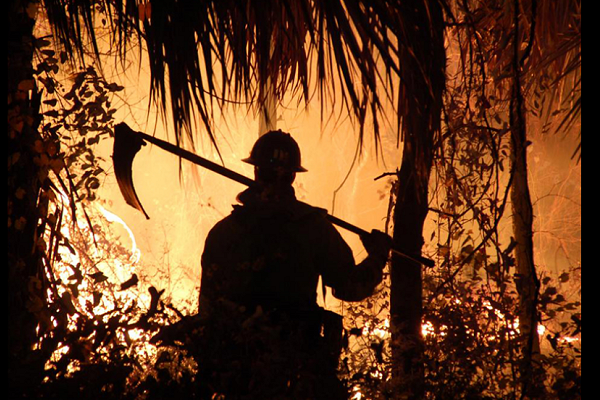 For those of us working on the humanitarian impacts of climate change, last week provided some very gloomy reading, including a stark headline above an Economist leader that ‘The world is losing the war against climate change’.

‘Three years after countries vowed in Paris to keep global warming “well below” 2°C relative to pre-industrial levels, greenhouse gas emissions are up again. So are investments in oil and gas. In 2017, for the first time in four years, demand for coal [the dirtiest of the fossil fuels] rose.’

The main reason? Soaring demand for energy in the booming economies of Asia, where in the decade to 2016 this rose no less than 40 per cent, met almost entirely by coal, gas and oil.

The New Scientist of the same date (4 August) had a different focus but the upshot was the same: climate change is here to stay. In ‘We must build for a warmer future’, writer Michael Le Page argued that we need to heatwave-proof not only buildings, including the skyscrapers of the future, but entire cities, to limit the heat-island effect that can push summer temperatures up several degrees in urban areas.

Yet a third route to essentially the same conclusion – that no one now living will see man-made climate change reversed – appears in the epilogue to a superb, near book-length online report by the New York Times magazine on humanity’s early (and unsuccessful) attempt to address climate change. Quoting a recent paper in Nature, it says: ‘The toughest emissions reductions now being proposed, even by the most committed nations, will probably fail to achieve “any given global temperature stabilization target”.’

Where does all this leave us? Particularly at the end of a northern-hemisphere summer when we have seen extraordinary – and lethal – heatwaves and wildfires, and when the international group of climate scientists (including our Climate Centre) conducted a rapid analysis showing that in some locations man-made climate change made the heatwave at least twice as likely.

For the scientists perhaps, one event stands out, though it may not generate the greatest political impact and, thankfully, its humanitarian impact was virtually nil: the heatwave above the Arctic Circle.

My good friend and colleague Geert Jan van Oldenborgh of the Royal Netherlands Meteorological Institute is as careful a scientist as they come, and certainly not given to hyperbole. But last month he described the study readings at its Arctic station as ‘just extraordinary, unprecedented in the historical record’. And when Geert Jan uses the word unprecedented, it means just that; the event in question has not before been witnessed in modern times.

One did not, however, need to be a climate scientist to have done a double-take on hearing news of scores of forest fires burning across Sweden – Sweden – with the government in Stockholm asking for the loan of firefighting aircraft from its European partners.

If the fear now is that, for the moment at least, mitigation looks like a lost cause, there’s yet a small (very small) upside – one that greatly reinforces the arguments that the humanitarian and development communities, especially, have been making for some time. It is that sensible, tailored, sustainable adaptation and climate resilience are pivotal to humanity’s future, including the developed world.

In the aftermath of last year’s highly destructive hurricane and Asian monsoon seasons, I argued that it may now be the media carrying the brightest torch on the climate issue. To be sure, in terms of mitigation the picture painted by the three high-profile outlets I’ve quoted here is a bleak one – all the more so when set alongside two new scientific papers last week. The US-based State of the Climate in 2017 showed greenhouse gases, sea levels, warm oceans, shrinking ice caps all setting new records last year, and the latest Proceedings of the [US] National Academy of Sciences warned we could be heading towards thresholds that would push the world into a continued heating trajectory, even if we reduce emissions later.

We in the humanitarian community will wait anxiously to see what political impact the combination of media warnings and killer heat in some very unlikely – and highly developed – places like Canada and Japan will have. Until last weekend we were able to hope that none of the lethal heatwaves or fires, including the tragedy in Greece, would require international humanitarian assistance. But now comes news from North Korea that the Red Cross there is deploying mobile diesel-powered pumps in the countryside to irrigate parched maize fields threatened by another severe heatwave, involving temperatures unprecedented in datasets beginning in the 1940s.

The coming months will feature some significant milestones for international climate policy. In October the IPCC’s long-awaited report on the impacts of global warming of 1.5°C above pre-industrial levels is due, while negotiations on the rule book for the Paris Agreement are scheduled to be completed at the next COP meeting in Poland in December. But it’s already clear we need action way beyond what’s currently happening, and fast, as many of the extremes we are experiencing now are just a taste of what’s to come.

I continue to see strong media coverage of both current extremes and the risks we are getting locked into as a critical factor, and I’m glad to see The Economist, for one, all but taking words out of our mouths. A shift from carbon may eventually enrich economies, their leader last week concluded, but (my emphasis) ‘[p]oliticians have an essential role to play in making the case for reform and in ensuring the most vulnerable do not bear the brunt of the change.’ The humanitarians’ point exactly!