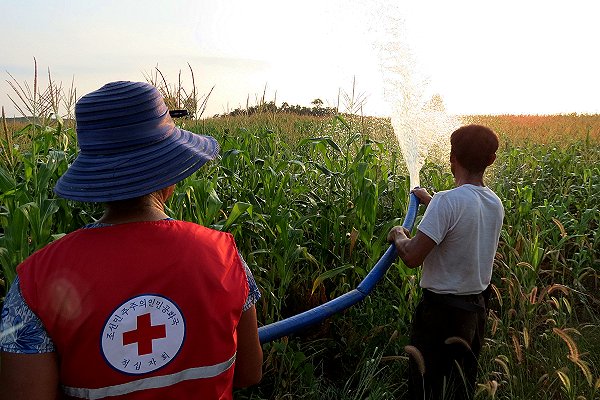 Official media in the Democratic People’s Republic of Korea (DPRK) say the government has declared a state of emergency because of a life-threatening heatwave that is affecting agricultural production.

An IFRC information bulletin Saturday said the DPRK Red Cross officially informed its country office of a “developing emergency” in South Pyongan and South Hamgyong provinces due to a heatwave that has seen temperatures pass 40°C and is forecast to last at least until next week.

There have been heatstroke casualties among elderly people and children, the IFRC said, and it was feared local yields, especially of maize, would be “significantly reduced”.

Chronic food insecurity and malnutrition among children are already widespread in the DPRK, the bulletin adds, and the 2017 Global Hunger Index rated the situation there as “serious”; more 10 million people, or 41 per cent of the population, are undernourished.

The DPRK Red Cross is now focused, among other measures, on helping people avoid heatstroke and deploying 20 mobile water pumps in the driest areas to provide emergency irrigation (photo).

Farmers are now working in the early morning and late afternoon to avoid heatstroke and markets are opening at 18:00, four hours later than usual.

The National Society will also collect timely data from government sources, including the meteorological service, the IFRC adds, to help gauge its future actions.

The official Rodong Sinmun newspaper is quoted as describing the current heatwave conditions in North Korea as “unprecedented”.

In addition to difficult terrain and a lack of agricultural inputs, “changing weather patterns have left DPRK vulnerable to droughts and floods,” the IFRC says.

Extreme heat has been affecting the whole Korean peninsula and Japan since July.