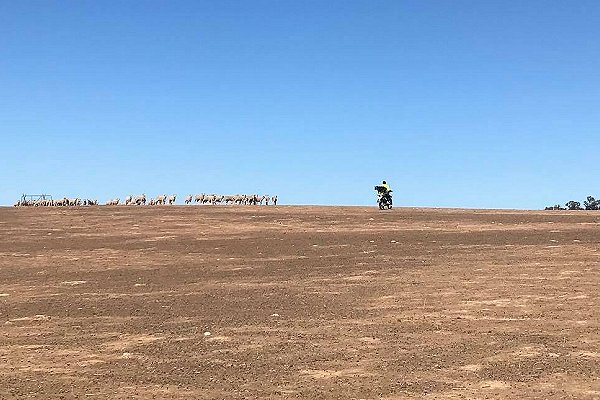 (This story is a press release that appeared first on the website of the Australian Red Cross, edited slightly here for length. Judy Slatyer’s Monday interview on ABC’s News Breakfast is here.)

Funds raised through the Disaster Relief and Recovery Appeal, which runs to the end of August, will be distributed where they are needed most, ensuring community input.

Figures show that 99 per cent of NSW and 57 per cent of Queensland are in drought and, with a presence across regional and remote Australia, Red Cross members and volunteers have been mobilizing to support communities locally.

“It’s time for everyone to rally together and show their support for drought-affected farmers and farming communities who are doing it tough.

“We know this is a difficult time for farmers, their families and their communities across the country and we see first-hand how hard it is for people with ongoing financial and social responsibilities.

“In regional and remote locations, for many years our teams of volunteers and members have been there at the grass roots to lift community spirit, holding events to give people vital social connections, a shoulder to lean on and relief when it’s needed most,” Ms Slatyer said.

The Commonwealth Bank today contributed $1.75 million [Australian] to support the appeal, and customers and members of the community can now make donations at branches Australia-wide.

“We are delighted Commonwealth Bank has generously contributed $1.75 million to our appeal, and I would like to congratulate them for acknowledging the growing need for support in communities affected by severe drought.”

The parched Australian bush last month, where farmers are struggling to keep their animals alive in a drought Reuters has called “the worst in living memory”. The agency yesterday released drone images and video graphically illustrating the severity of the crisis facing Australian farmers. (Photo: Carla Taylor via Facebook/One Day Closer to Rain)