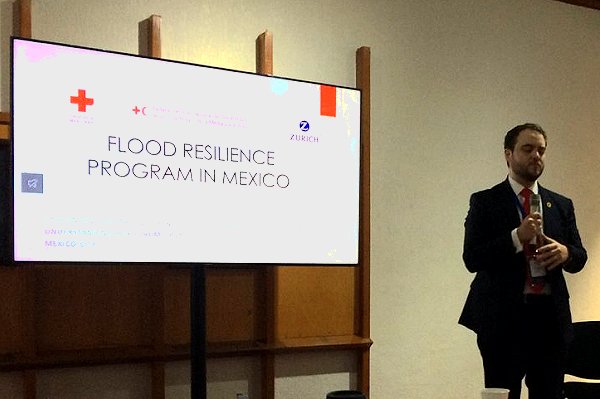 A new report by the Global Facility for Disaster Reduction and Recovery (GFDRR) says the great disasters of the past like the eruption of Mount Vesuvius in 79 AD or the hurricane that devastated Santo Domingo in 1930 could provide valuable lessons for communities facing modern challenges such as climate change and rapid urbanization.

Aftershocks: Remodeling the Past for a Resilient Future was released on 8 May, World Red Cross Red Crescent Day, just ahead of the 2018 Understanding Risk Forum, hosted by the GFDRR this year in Mexico City.

It explores what the impacts of similar events would be in today’s more densely populated and interconnected world.

The eruption of Mount Tambora in 1815 in what is now Indonesia – detailed in the report – was the most devastating volcanic event in a thousand years, killing over 70,000 people, blocking out the sun, and triggering a 3oC decline in global temperatures that caused what became known as “the year without summer” in 1816; crops failed in China, Europe, and North America, and there was famine in some regions.

“If a similar eruption were to happen in Indonesia today, it would do so in an area ten times more densely populated,” said a release from the World Bank, the GFDRR managers.

“It would disrupt air travel over a wide area and could reduce global food production at a time when there are six billion more people on the planet.”

Laura Tuck, World Bank Vice-President for Sustainable Development, said: “With significantly increased levels of population, urbanization, and built infrastructure, our cities and communities are more exposed to disaster risk. Looking at past disasters helps us plan for a more resilient future.”

Models had estimated that by 2050, population growth and rapid urbanization could put 1.3 billion people and US$ 158 trillion in assets at risk from river or coastal floods, even without factoring in climate change scenarios.

The report also looks at the vulnerability of the world’s digital infrastructure to repeats of incidents like the 1859 ‘Carrington Event’ – a powerful solar storm that disrupted telegraph networks in Europe and North America.

Aftershocks argues that poorer people in developing countries stand to benefit most from improved communication of information and modelling on risk.

Tuck added: “With additional impacts from climate change, the coming years will see an increase in the frequency and severity of some hazards.”

The 2018 UR Forum gathered more than 1,200 experts and specialists from around the world “to examine the critical role of risk communication and disruptive technologies in disaster risk management.”

‘If a similar eruption were to happen in Indonesia today, it would do so in an area ten times more densely populated’

The forum, which ended on Friday, included a two-day side-event – the first of its kind at a UR meeting – jointly organized by the International Hydropower Association (IHA) and the Climate Centre that explored using risk information to improve decision-making in that sector.

With support from Partners for Resilience, it was attended by representatives of the Haitian and Dominican Republic Red Cross as well as Haitian environmental officials and staff from the Péligre dam on the River Artibonite in Centre department.

“Dams can help downstream communities and other users of river-basin resources… prepare for and minimize flood impacts,” said the UR conference website.

Another “big step” came last year, it added, when the Climate Centre introduced the forecast-based financing operating model at the World Hydropower Congress in Addis Ababa.

Other topics encompassed by Climate Centre engagement at the forum included, with other partners, sessions on flood-risk modelling, the psychology of decision-making, satellite-based risk assessment (“mining the sky for decision-making”), a session on impact-based forecasting that included the UK Met Office, and geoengineering.