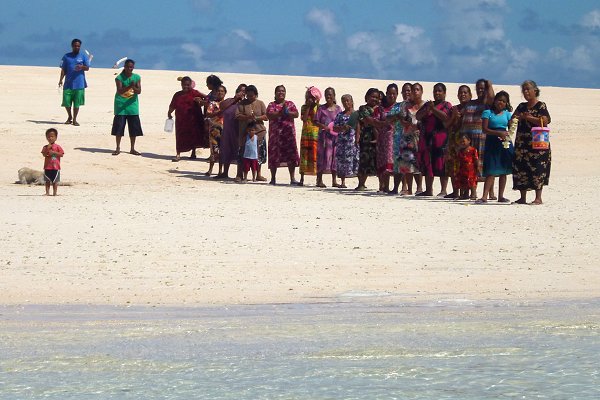 US- and Netherlands-based scientists have used the latest computer technology to estimate the time frame in which the world’s low-lying atolls – mostly in the Indian and Pacific Oceans – might become uninhabitable with saltwater intrusion from rising sea-levels and bigger waves contaminating already-limited fresh water.

“The tipping point when potable groundwater on the majority of atoll islands will be unavailable is projected [at] no later than the middle of the 21st century,” said Curt Storlazzi of the US Geological Survey (USGS), lead author of the new report published in late last month in Science Advances.

It significantly brings forward the period during which atolls may have to be abandoned to the 2030s–60s, depending on the exact climate scenario and natural variability.

Previous studies did not include impacts on availability of fresh water.

“Today’s software allows us to [re]make the calculations and the results are shocking: the critical point is reached decades before we thought it would be,” said co-author Ap van Dongeren, who carried out wave modelling for the study with colleagues from the Deltares research institute in the Dutch city of Delft.

“So this problem will affect the generations living on the islands now, unless we can combat climate change.”

Scientists from the US National Oceanic and Atmospheric Administration and the University of Hawaii at Manoa also took part in the research.

The primary source of fresh water on inhabited atolls is seasonal rain that soaks into the ground and flushes out saltwater. But increasingly the former is losing the battle against the latter, the study says.

The research team focused on part of the Kwajalein atoll group in the Marshall Islands for their case study, but say their findings apply widely.

Residents of Namu atoll in the Marshall Islands prepare to receive an IFRC team arriving by boat in 2013 to conduct household assessments in the wake of a devastating drought. The Red Cross later focused on repairing and improving household systems for harvesting rainwater. A new US-Dutch study of the future habitability of atolls worldwide is the first to factor in drinking water. (Library photo: Ana Zarkovic/IFRC)