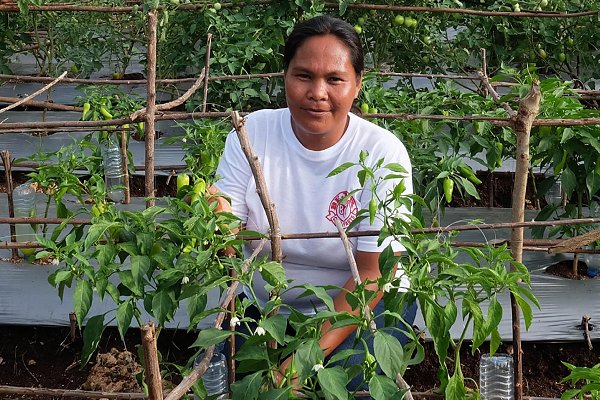 A week of intensive activity by Partners for Resilience (PfR) and other agencies in the Philippines has produced agreement on steps to reinforce legally mandated local action on climate in Cebu province, and in one community, Jagobiao barangay, a definitive list of hazards facing residents and an agenda on how to mitigate them.

Most recently, in Cebu city on 12 April, the head of the Provincial Disaster Risk Management Office, Baltz Tribunaldo, and colleagues gathered with representatives of the Ramon Aboitiz Foundation and PfR agencies Cordaid and the Climate Centre to discuss the development of tools that local authorities in the province can use for their local climate change action plan (LCCAP).

These would emphasize risk analysis, including integrated risk management (IRM), and community voices.

In the Philippines, local government entities are required to produce LCCAPs that encompass both adaptation and mitigation and help in accessing special funding from central government.

The meeting agreed to involve new stakeholders in the LCCAP process, such as the tertiary education sector and the Church; a workshop with a cross section is now planned.

A pool of LCCAP experts and practitioners in Cebu will be cultivated and pilots conducted in Santa Fe municipality or Bantayan island, where discussions on delineating an LCCAP are underway.

The provincial authorities have now allocated the equivalent of nearly US$ 300,000 for planning.

The origin of this new PfR-led partnership work is seen as Cordaid’s wide-ranging programme launched last year on IRM on Cebu’s Kinatarcan island, where water is a pivotal issue and local farming and fishing were badly hit by Typhoon Haiyan, known locally as Yolanda; the island’s development plan is this year being revised to incorporate IRM.

Earlier last month, meanwhile, a community-led assessment centred on the village of Jagobiao found typhoons, floods and house fires are being added to by the unintended encroachment of sewage from neighbouring communities and a hospital – all generating serious health concerns.

Fifteen different stakeholder groups took part in that meeting, which placed ‘watsan’ – water and sanitation – at the top of its list of priorities.

“There are a lot of farmers on this island who were discouraged from planting cassava again after Yolanda,” says Belinda Placensia, who keeps a small shop. “When Cordaid trained us on other farming methods and we saw how easy it is to grow vegetables, a lot of farmers were hopeful.” It was her first go at planting vegetables and Belinda saved 2,000 pesos (US$ 40) in a month by selling gourd and other crops. (Library photo: Cordaid)