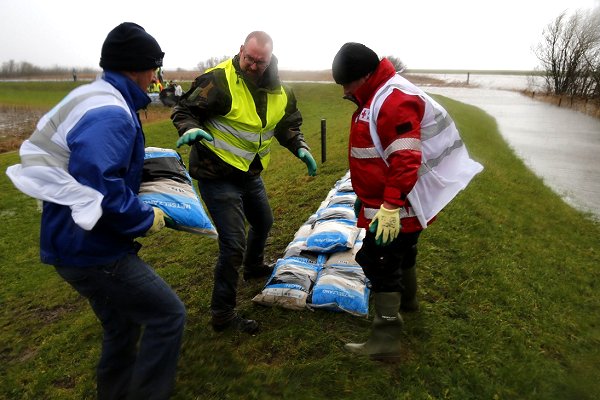 World Weather Attribution (WWA) scientists Friday said the lethally strong winds that battered western Europe in Storms Eleanor and Friederike in January underscore the importance of continuing to strengthen early warnings but were not significantly influenced by climate change.

At least eleven people were killed by the two storms and there was major disruption and damage in France, Germany, the Netherlands, Spain and Switzerland; snow created hazardous road conditions.

Storm Friederike is estimated to have caused around 900m euros’ worth of damage to houses and offices and another 100m in damage to cars, according to German insurance companies, the new WWA analysis adds, and it’s thought to be the second most expensive storm to strike Germany in the past 20 years.

Dutch rail traffic was shut down across the country and Amsterdam’s Schiphol airport was closed.

Gusts that neared the threshold for a Category 2 hurricane (154 kph) were reported in some flat regions of France and Switzerland, and huge waves on the Atlantic coasts of Spain and France killed two people.

The WWA team say they concluded that “storms like Friederike and Eleanor have not become significantly more or less frequent due to climate change,” but climate change could make them “somewhat more frequent in the future…up to at most a factor of two [or] a few per cent higher wind speeds.”

But they add that actual observations of a recent decline in the maximum wind speeds in storms could be explained by increased surface roughness (tall buildings and trees), as well as climate variability and cooling effects of aerosol gases.

Netherlands Red Cross personnel and others from the Ready2Help network lay down sandbags on the Dutch island of Kampereiland in the first week of January as a Code Orange weather warning came into force for Storm Eleanor. (Photo: Pina Mawi/NLRC)