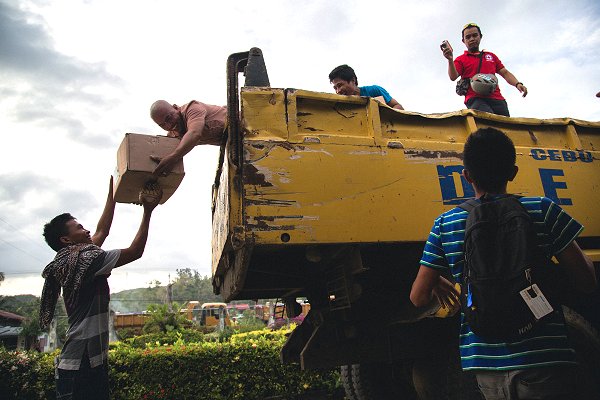 (This story appeared first on Monday on the website of InsideClimate News. It has been edited slightly here for length.)

Heatwaves, droughts and storms intensified by global warming are raising the stakes for disaster relief organizations like the International Federation of Red Cross and Red Crescent Societies (IFRC), which is turning to attribution studies to help it better allocate resources in a warming world.

The hardest part may be learning to expect the unexpected, said Maarten van Aalst, director of the Red Cross Red Crescent Climate Centre. “Increasing extremes mean we need to be prepared for a wider range of risks, including rising uncertainties,” he said.

A new analysis by World Weather Attribution, a science organization that the Red Cross has partnered with, shows that heat extremes are rising much faster than the global mean temperatures in most regions and that daily precipitation extremes are also increasing in severity, with some regional nuances.

Understanding how often extreme events are expected and how intense they could become helps relief organizations determine where to stockpile emergency supplies and to design shelters that can withstand extreme conditions intensified by global warming.

‘We’re seeing intensifications now
that break the rules of meteorology’

For example, better warnings and new shelters have already saved lives in Bangladesh, where the death toll during floods and storms has been reduced from the 1970s by two orders of magnitude, despite growing numbers of people in these areas, Van Aalst said.

When Typhoon Haiyan struck the Philippines in 2013, killing more than 6,000 people, more than 90 per cent of the deaths were caused by the storm surge. Knowing how much more extreme and frequent such flooding will be in a warmer world with rising sea-levels is critical to building the kinds of shelters and issuing the kinds of warnings that can saved lives in the future.

“We used to have rules of thumb that tropical storms couldn’t increase in intensity more than a certain amount each day. Those rules are being broken and tossed out the window. And we’re seeing more extreme events in places where we’re not used to seeing them.”

In the case of Haiyan, Hainsworth said, “there was a good forecast well in advance. But what the community did not realize is the impact this event was likely to have on them.

“They knew there was a Category 5 storm coming, but nobody communicated what that means. It was beyond local knowledge as to what this was going to do.

“What should have been said was, ‘there is a Category 5 storm coming and your normal shelters won’t be able to withstand it’,” Hainsworth said.

Understanding the intensification effects of global warming helps relief organizations anticipate the potential damage from extreme weather and work to minimize it rather than just responding after the fact, Van Aalst said.

“We have been championing the development of ‘forecast-based financing’ systems…to prioritize emergency disaster preparedness measures to the places that need it most.

“This finance gets triggered when a forecast of a potential extreme event is issued, and automatically activates measures before the impacts are felt,” he said.

For example, if experts forecast an active Atlantic hurricane season, and we know that global warming is going to make the impacts worse, money could be budgeted to deploying sturdier shelters.

Similarly, knowing that global warming intensifies drought, emergency food supplies can be sent to areas where drought is forecast before people die.

The projected trend of increasing disasters around the world are a concern for the humanitarian system at large, Van Aalst said.

The link between global warming and intensifying extremes also helps determine the boundaries of disaster response and recovery.

After Haiyan, the Climate Centre worked with officials in the Philippines and provided input from climate science and attribution studies as the government discussed creating setback zones in high-risk areas.

“The question was, what should the distance be?” Van Aalst said. “It’s a huge decision with human implications because some people will have to pick up their lives in a new location.”

Communities with fewer resources, such as the populations of small islands, can only take so many Category 5 storms, said Carl-Friedrich Schleussner, with Climate Analytics. He suggested that some places may become unlivable as climate impacts intensify.

“There are limits to adaptation. At some point, you save your life and some of your belongings, but not necessarily your house. If events go beyond what you can handle, then you really need to consider how you can do things differently if this is caused by climate change,” he said.

“Sometimes we need to know whether to rebuild or abandon.”

Philippine Red Cross volunteers deliver emergency food and water at the Juan B. Dosado hospital in Cebu province after Typhoon Haiyan in 2013, which triggered a lethal storm surge. Knowing how much more extreme such flooding will be in a warmer world with rising sea-levels is critical to building the kinds of shelters and issuing the kinds of warnings that can save lives, say scientists, and to helping the Red Cross Red Crescent get supplies into the right place in good time. (Photo: Jarkko Mikkonen/Finnish Red Cross via IFRC)