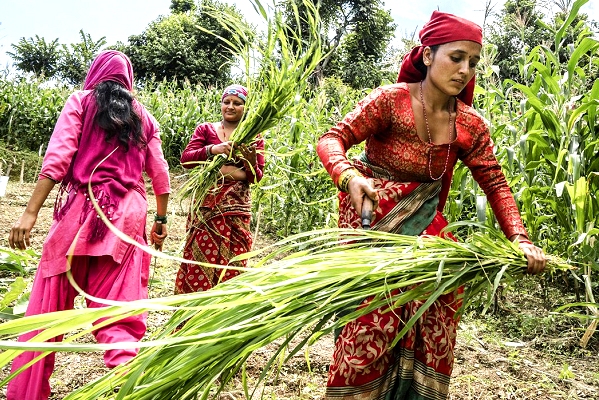 The UN Food and Agriculture Organization (FAO) last month issued a new edition of its online ‘sourcebook’ on climate-smart approaches in agriculture to “help steer our food systems in a sustainable direction,” an FAO press release said.

“Hunger, poverty and climate can be tackled together through approaches such as climate-smart agriculture that recognize the critical linkages between sustainable agriculture and strategies that promote resource-use efficiency, [and] conserve and restore biodiversity and natural resources…”, said Rene Castro, Assistant Director-General of FAO’s Department of Climate, Biodiversity, Land and Water.

Ultimately, he added, the world needs 50 per cent more food to feed nearly 10 billion people in 2050 – produced with only a quarter of current carbon emissions per head.

The sourcebook was launched at an action day on agriculture at COP23 in Bonn.

Thirty-two countries – most in sub-Saharan Africa – refer to climate-smart agriculture in their nationally determined contributions under the Paris agreement.

One module is devoted to climate-smart social protection that helps farming households avoid “negative coping strategies” that can harm the environment.

By promoting sustainable agriculture, social protection supports mitigation and when combined with rural livelihoods programmes the interconnected issues of climate vulnerability, rural poverty and the degradation of agricultural assets are more effectively addressed.