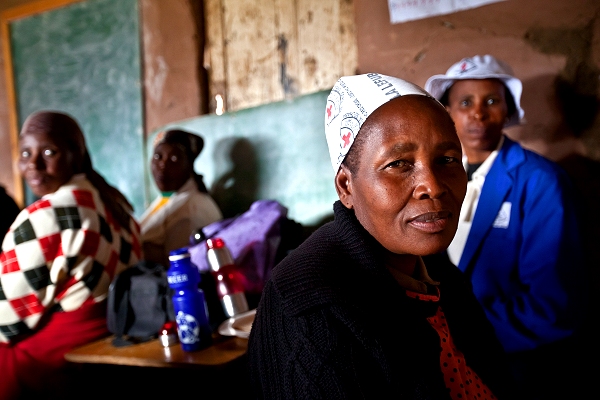 Climate Centre specialists this week call for existing social protection systems around the world to be expanded to include “early action and preparedness”.

Social protection consists of long-term policies and programmes to reduce poverty and vulnerability by providing support to people over their lifetimes.

With climate shocks contributing a significant – and rising – share of the global humanitarian load, and fuelling poverty and food insecurity as well, social protection is already well recognized as an aid to resilience to climate risks.

But while the majority of such large-scale national systems address chronic needs or short-term response, they largely do not focus on preventing and anticipating climate shocks.

Writing in the new edition of the IDS Bulletin (entitled ‘Courting catastrophe? Humanitarian Policy and Practice in a Changing Climate’), they advocate “linking a forecast-based financing [FbF] mechanism to a social protection system to enable anticipatory actions based on forecast triggers and guaranteed funding ahead of a shock.

“Such a system may enhance scalability, timeliness, predictability and adequacy of social protection benefits.”

The authors cite experience with FbF pilots in 15 countries, supported by the German Federal Foreign Office (and Red Cross), going back nearly a decade.

Last year, for example, based on a five-day forecast of severe cold, the Peruvian Red Cross supported vaccination and the distribution of veterinary kits to preserve vitally important alpaca herds in the mountainous Andean Puno region.

In Uganda in 2015, in the first FbF intervention by the Red Cross Red Crescent anywhere in the world, jerrycans and water purification tabs were distributed to reduce diarrhoeal disease.

But for FbF now to be significantly scaled up, the Climate Centre authors write, new and well-established funding instruments will be needed, such as contingency funds, ring-fenced budget allocations, insurance, and market mechanisms like ‘catastrophe bonds’.

That most disasters are related to weather and climate presents both an opportunity and a challenge, the Climate Centre argues.

“On the one hand, it means we can anticipate many extreme events before they occur, [enabling] early action.

“On the other hand, we can expect many of these extremes to become more intense and frequent in the warming climate, significantly taxing an already-strained humanitarian system.”

They recommend that new social protection programmes include studies of how feasibly FbF mechanisms could be engineered in from the outset.

Such studies should take into account the sophistication of forecasts, include comprehensive risk analysis, and prioritize the right early actions.

It will be important for governments and donors to fund this expansion and assess outcomes, and the paper concludes: “Ultimately, if properly designed and implemented, people at risk can benefit from FbF-infused social protection systems.”

Mothibeli village in the Kena region of Lesotho, where the Red Cross has been running workshops to train people on horticulture and food conservation as a way of reducing food insecurity. In 2012 after successive weather-related disasters triggered a food-security crisis, the country’s social protection programme for children was expanded to include disaster-affected households. (Photo: Benoit Matsha-Carpentier/IFRC)