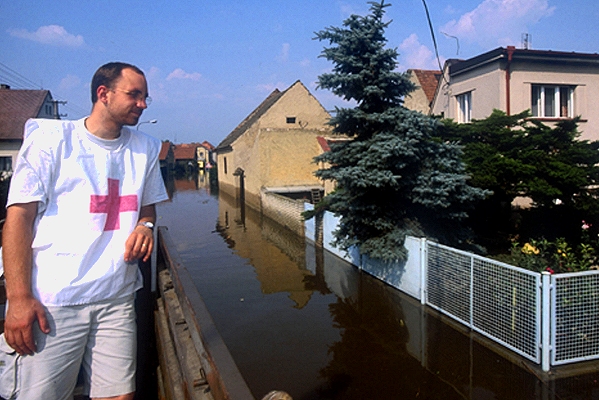 (This story appeared first last week on the website of Climate Central. It has been edited slightly here for length. The most recent WWA attribution study of floods on Europe, centred on France and Germany, appeared in June 2016.)

From the heavy rains that sent the Seine into the streets of Paris last year to storms that left southern England waterlogged during the winter of 2013–14, there have been startling examples in recent years of the heavy toll that flooding can levy in human and economic terms.

Such events also lead to questions about the role climate change is playing in altering these threats.

A new study detailed Thursday in the journal Science finds that the timing of such floods has changed over the past 50 years across Europe because of changes in the climate, the first time a clear climate signal has been found in flooding on a Europe-wide scale.

The changes, though, aren’t uniform. Instead, they are a patchwork of regions where floods are coming earlier or later because of the interplay with other factors like the timing of snowmelt or the types of soil in a region.

It’s not clear that all of the trends will continue into the future, but the study does make clear that there is a need to understand the role climate plays in floods in order for societies to adapt.

“It’s a reminder that we are already in a changed climate and it’s having real impacts on our societies and even on our safety in some cases,” said Climate Centre Director Maarten van Aalst.

Understanding how climate change might influence flooding has been a tricky endeavour because so many other factors, like urbanization, deforestation or the dredging of rivers, also impact how often floods occur and how big they are.

“It’s been very difficult to disentangle” those various threads, said van Aalst, who wasn’t involved with the new study.

So a group of researchers from all over Europe turned to looking at the timing of flooding, as the seasonal nature of them is tied much more closely to climate than to any other interfering factors.

They pooled data from more than 4,000 flood gauges from 38 European countries and looked at how the date of the highest flood peak of the year had changed since 1960.

“The overall result is that, yes, climate change has impacted flood timing” in Europe, said lead author Günter Blöschl of Vienna University of Technology. “But it did so in very different ways in different parts of Europe.”

In north-eastern Europe floods are happening about a month earlier than they were 50 years ago, while along the North Atlantic coast from Portugal to England they are happening at least two weeks earlier.

Along the North Sea and in Scotland, however, they are happening two weeks later.

The opposing shifts, even in neighbouring regions like England and Scotland, have to do with the factors that influence floods in different seasons.

Sweden, for example, sees its biggest floods in the spring when winter snows melt. As temperatures are warming, that snowmelt is happening earlier and earlier.

In the UK and western Europe more generally, though, floods are driven by winter rainstorms. There, changes both in pressure patterns over the northern Atlantic and in soil – which determines how quickly the ground becomes saturated – are driving the changes in flood timing.

It’s not clear if all the trends seen over the past 50 years will continue. The trends driven by earlier snowmelt are likely to as they are “are very much in line with the projections of future climate” from climate models, said study co-author Berit Arheimer of the Swedish Meteorological and Hydrological Institute. “We see climate change very clearly here.”

But it is less clear what the role of climate change might be in the changing Atlantic pressure patterns, and so whether the flooding trends tied to them will continue.

“A lot of how we are impacted by this depends on how we adapt, or even more generally how we manage these risks,” van Aalst said.

Floods in the Czech Republic (pictured) in 2002, part of a historic continent-wide disaster, were among the worst the country had ever seen (Photo: Andrew McColl/IFRC)