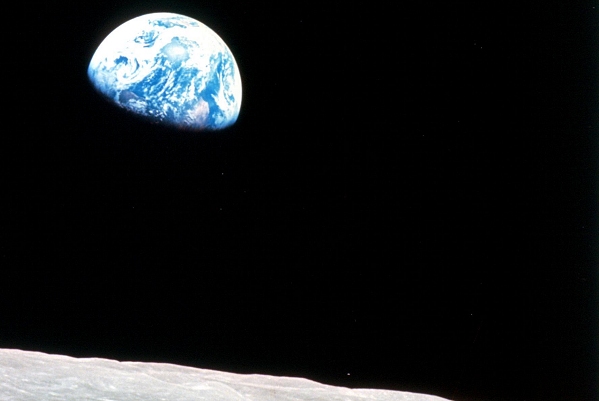 (This story appeared first earlier today on the website of the Carnegie Council for Ethics in International Affairs; it has been edited slightly here for length.)

It seems everything we do is either affected by climate variability and change or influences it, or a bit of both. Research shows connections not just between climate and the way we work, travel and generate energy, but also how we eat, breathe and even sleep.

While extreme-weather events, El Niño/La Niña, and other climate impacts will influence the way humans live and make decisions, the effects on the most vulnerable populations will increase exponentially.

There is agreement that something must be done to address climate impacts, but where, when, how? The decisions are intricate and multifaceted.

Climate change can lead to a sense of despair; its universal impacts can seem so broad, and the messages about it, while apt, can backfire to produce indifference and a feeling of powerlessness. Enter geoengineering…perhaps.

In February 2017, I went to a panel discussion on geoengineering for the launch of the interdisciplinary Carnegie Climate Geoengineering Initiative and was impressed by the various perspectives on show.

The initiative provides a space for nurturing resources to support the still-embryonic debate on the subject.

On the panel was the Climate Centre’s associate director for research and innovation, Pablo Suarez, who has been tracking the academic and policy debate on geoengineering since 2009.

Suarez’s comments reflected the arguments that he and our chief executive, Maarten van Aalst, presented in their recent paper, ‘Geoengineering: A humanitarian concern’, that “early engagement by the sector is imperative to ensure that humanitarian considerations are integrated into policy decisions” on geoengineering.

“Those who could suffer the worst outcomes need to be involved,” they say.

The paper also explores the humanitarian dimensions of geoengineering, specifically relating to the management of solar radiation, and discusses how to improve links between science, policy and humanitarian practice.

It raises concerns about what they call “predatory geoengineering” in which powerful actors might pursue climate goals that would help them but harm others, and proposes a “geoengineering risk management framework” to protect the most vulnerable.

The issue of geoengineering, while not necessarily new, is increasingly prominent in the global discussion on climate-risk management, of which the Carnegie initiative is a notable recent example.

A lot has changed since the discourse on geoengineering began at least as far back as the 1960s and by some measures much further back still.

To the Red Cross Red Crescent and the wider humanitarian sector, the importance of exploring the humanitarian consequences of the decisions on geoengineering that may arise has become clear, as Maarten and Pablo point out in their paper.

Geoengineering, the ‘planetary emergency procedure’ for mitigating climate impacts, is currently unconstrained by any kind of international regulation (and, yes, we need it) that might take the interests of the most vulnerable into account.

The potential impacts of geoengineering remain so uncertain as to be quite unknown; what seems clear is that in a geoengineered future there would be winners and losers, and we must do all we can to make sure vulnerable people are not disproportionately represented among the latter.

Evidence of that came perhaps when some 600 people virtually attended a February 2017 webinar on geoengineering and the implications for the humanitarian sector, convened by the IFRC.

This was part of its Solferino Academy initiative designed to anticipate and adapt to global change; it was the IFRC’s first major public engagement on geoengineering.

“Geoengineering may be seen as presenting some potentially valuable options for humankind, but it will also probably pose risks – particularly for communities that are already vulnerable,” said Jemilah Mahmood, IFRC Under Secretary General, Partnerships.

“We need to try to understand how we can ensure an inclusive approach to the exploration of geoengineering so that it does not disadvantage people struggling against the effects of climate change and other challenges.”

The timeless image of ‘Earthrise’ seen from the moon by US astronauts in the 1960s and 1970s. But would potentially risky geoengineering be a step too far in humanity’s technical and scientific progression? (Photo: NASA)