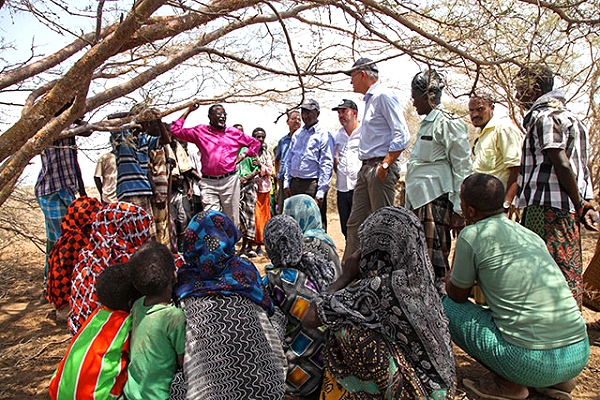 (This story appeared first on the Thomson Reuters Foundation website on Monday.)

With droughts set to become more frequent due to global warming, delivering timely, long-term weather forecasts to farmers in the developing world will be key to limiting damage and saving lives, the head of the UN food agency said on Monday.

Droughts have killed more than 11 million people worldwide since 1900, and now affect double the land area than in 1970, according to the UN Food and Agriculture Organization (FAO).

Developing countries are the most exposed, with their agricultural sectors shouldering 80 per cent of all damage caused by drought, the FAO says.

“Most of the times poor rural communities in developing countries don’t even know that a drought is about to strike,” he told a conference at the FAO headquarters in Rome.

Measures such as planting resistant crops and building water reservoirs can greatly reduce the impact of droughts, but international responses too often focus on emergency relief, said Graziano da Silva.

“People die because they are not prepared to face the impacts of the drought, because their livelihoods are not resilient enough,” he said.

In Rome, FAO and the World Meteorological Organization (WMO) signed an accord to increase cooperation in the face of climate change, improving agro-meteorological services to help small farmers prepare for droughts.

“Weather forecasts are not anymore a joke, they are something you can very much rely on,” he told the conference.

Know-how related to long-term forecasts and prediction of major climate events like El Niño had to be shared between rich and poor countries, he added.

The last El Niño, a warming of ocean surface temperatures in the eastern and central Pacific that typically occurs every few years, subsided in 2016 and was linked to crop damage, fires and flash floods.