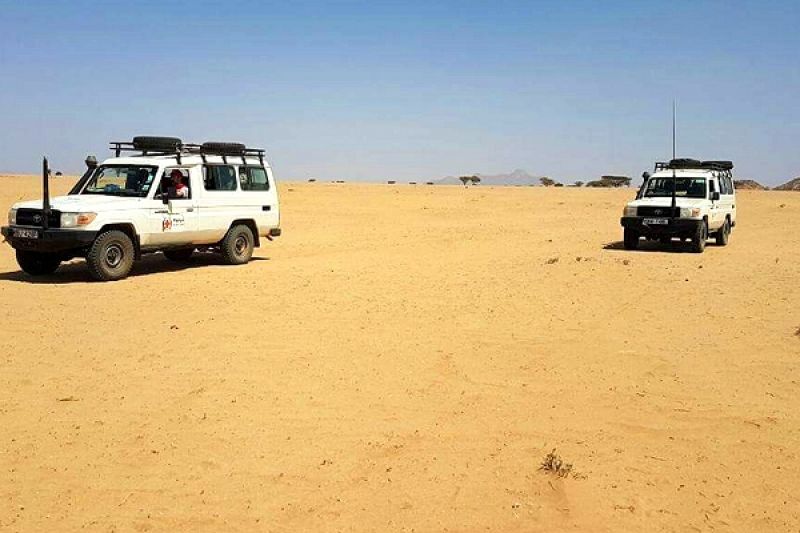 (This story is an IFRC press release issued in Nairobi on Friday.)

Prolonged and worsening drought conditions across Somalia, Ethiopia and Kenya means that more than 11 million people are facing severe hunger and are in urgent need of humanitarian assistance.

The IFRC is calling for an immediate and expansive response in order to prevent widespread drought conditions from triggering a humanitarian catastrophe.

“We are undoubtedly in a crisis, but the situation will even get worse, especially if the April rains perform poorly,” said Dr Fatoumata Nafo-Traore, the IFRC’s Regional Director for Africa.

The situation is particularly severe in Somalia, where nearly 40 per cent of the population now needs some form of humanitarian assistance and where deaths have already been reported in the country’s north.

In Kenya, water sources have dried up, leading to large-scale loss of livestock. In Ethiopia, the worst drought in half a century is further compounded by an influx of people fleeing Somalia.

The IFRC is calling on its partners in the region and globally to increase their support for Red Cross and Red Crescent emergency operations that are already underway, but that are hindered by low levels of funding.

Additional funding will allow volunteers and staff present in the worst affected areas to better respond to immediate humanitarian needs, as well as begin rolling out initiatives designed to strengthen longer-term resilience.

The IFRC is appealing for a total of 13.7 million Swiss francs (US$13m) for the three affected countries with a view to supporting nearly 475,000 people.

So far only about 22 per cent of the requested amount has been secured.

“This is the worst situation we have seen in the region since 2011, when more than a quarter of a million people died in Somalia alone,” said Dr Nafo-Traore.

“We have an opportunity to prevent suffering of a similar scale, but only if we act now.”

Kenya Red Cross Society (KRCS) vehicles in a drought-affected part of the country, where water sources have dried up and there has been large-scale loss of livestock. The KRCS launched an appeal last November 2016 for five counties when 1.3 million people needed; the National Society now says 2.7 million need help. (Photo: KRCS via Twitter)