IFRC: Management of the world’s wetlands important to work on community resilience 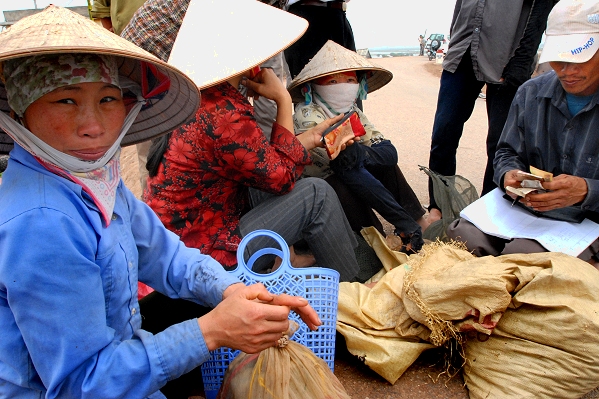 The world’s wetlands – natural buffers against storms, floods and droughts – are being lost at a rate of one per cent a year, faster than any other ecosystem, according to Martha Rojas-Urrego, Secretary General of the international Ramsar Convention on Wetlands.

She was speaking in a videotaped message for World Wetlands Day yesterday, whose theme this year is disaster risk reduction and which was marked with special events around the world and by a high-level roundtable in Geneva that included the IFRC.

“Wetlands are drained or degraded to meet increasing demands for water and land to cater for agriculture, industry and a growing urban population,” Ms Rojas-Urrego said, and 64 per cent in total had been lost over the past century.

But she added: “Well-managed wetlands make communities resilient in the event of extreme weather and help to minimize damage from disasters.

“Coastal wetlands such as mangroves protect against flooding and serve as buffers against saltwater intrusion and erosion.

“Inland wetlands such as floodplains, lakes and peatlands absorb and store excess rainfall, which reduces flooding as well as delaying the onset of droughts by reducing water shortage.”

‘The town was spared the devastation of a storm surge’

Jane Madgwick, CEO of Netherlands-based Wetlands International, said this year’s special day was “calling attention to the need to invest in wetlands to reduce disaster risk around the world, especially floods and droughts.

“The case is there but the investment is not flowing, so now is the time to act.”

Garry Conille, IFRC Under Secretary General, Programmes and Operations, told the Geneva roundtable that management of wetlands was important to building community resilience.

“This also saves money that would have to be spent on response, and ultimately helps address the root causes of risks and builds resilience.”

Mr Conille also cited the example of the Viet Nam Red Cross, which has been planting and protecting mangrove forests along the north coast since 1994 to shield communities from storms and typhoons (photo).

Evidence of the value of preserving wetlands is now abundant, says a report on the Geneva event from the United Nations Office for Disaster Risk Reduction (UNISDR).

In Hikkaduwa, Sri Lanka, protected coral reefs helped blunt the 2004 Indian Ocean tsunami, so damage there extended only 50 metres inland, the UNISDR report said, while in nearby Peraliya where coral mining had damaged reefs the damage reached 1.5 kilometres inland.

Maria Teresa Almojuela, the Philippine Deputy Permanent Representative to the UN in Geneva, cited the case of the town of Palompon in Leyte province during Typhoon Haiyan.

“A distinct feature of that town is that it is surrounded by a mangrove plantation,” she said. “That protected it. The town was spared the devastation” in the 2013 storm surge.

Wetlands International, the Netherlands Red Cross and the Climate Centre together with CARE Nederland and Cordaid make up the Partners for Resilience alliance, whose original integrated approach combined ecosystem management and restoration with disaster risk reduction and climate adaptation.

PfR, now a cornerstone of the IFRC’s own One Billion Coalition, is moving from project implementation to, in its second five-year phase, building capacity for humanitarian dialogue and partnerships.

Building resilience in Nam Phu, Vietnam: Local women sell clams harvested from mangrove trees planted by the Red Cross in a project that began in 1994. By the time it ended a decade later, nearly 4,000 hectares had been planted, protecting nearly 50 kilometres of river or dykes; when Typhoon Damrey and other storms struck in 2005, there was no damage reported to dykes in the Thai Binh area south of Hai Phong. (Library photo: Daniel Cima/IFRC)