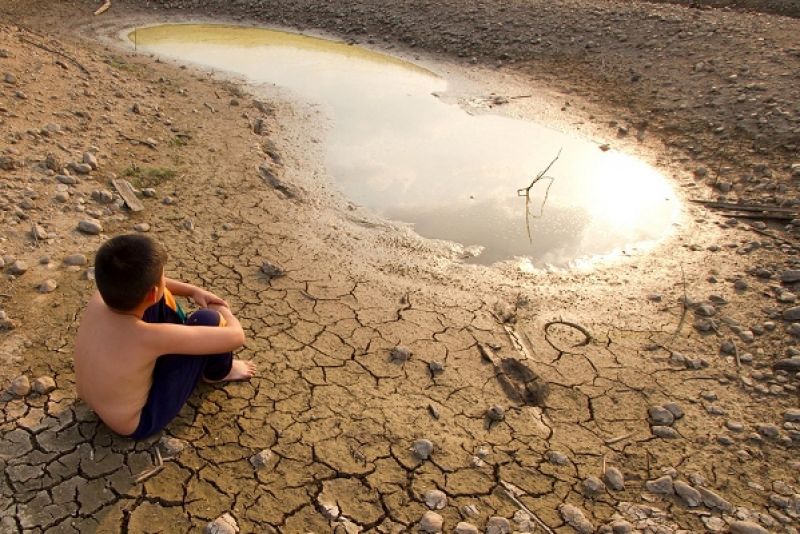 The Dutch Foreign Minister, Bert Koenders, yesterday said water- and climate-related security problems belong on the UN Security Council’s agenda and the Netherlands hopes to see them there in 2018.

Speaking in an opening address at this year’s Planetary Security Conference at the Peace Palace in The Hague, he said: “There is a growing consensus that climate and peace are intimately linked.” But climate experts and the makers of security policy were not yet sufficiently connected, and this was what was needed.

Mr Koenders pointed out that both conflict and climate, 2015 and 2016 broke new records, and this was why he had launched the Planetary Security Initiative last year as a ‘call to action’.

The Netherlands is expected to take over from Italy as a non-permanent member of the Security Council on 1 January 2018, and Mr Koenders said one of the main themes of the Dutch bid for membership “was finding innovative solutions to water- and climate-related security challenges. I firmly believe these issues merit further attention by the Security Council in the years ahead…”

His key message on the Security Council was also yesterday tweeted in Dutch by the Ministry of Foreign Affairs.

To coincide with the opening of the two-day conference, Monday also saw the publication of what’s described as the first-ever monitoring tool modelling the economic impact of climate change and conflict risk.

The monitor and an accompanying report, the Economics of Planetary Security: Climate Change as an Economic Conflict Factor, was produced by The Hague Centre for Strategic Studies (HCSS) and the Clingendael Institute as a key input to the security conference, which is supported by the foreign ministry.

The monitor assesses vulnerability to climate change and conflict, as well as risks related to transition to a low-carbon ecnomy and economic resilience, to produce an “aggregate resilience indicator”, said Michel Rademaker, HCSS Deputy Director.

By this overall yardstick, the most resilient, least at-risk country in the world is Switzerland, while Sudan lies at the other extreme of the scale.

The report is aimed at uncovering what makes some countries resilient, and asks how key factors can translate to others “to help protect people from worsening impacts”.

Climate Centre Director Maarten van Aalst, who was also at the security conference, said: “The fact that the climate-security nexus is being explicitly discussed at this level by both ministers and military leaders, demonstrates that climate change is no longer an abstract long-term issue.

“Climate risk is now undoubtedly influencing security, and the humanitarian world is witnessing the consequences daily.

“But our best strategy is to do what we always knew was needed, now perhaps better informed by exactly how risks are changing: building resilience and promoting peace and security.”

The Red Cross Red Crescent Climate Centre is hosted by the Netherlands Red Cross in The Hague – a short distance from the Peace Palace which also houses the International Court of Justice.

The annual conference is the core component of the Planetary Security Initiative, which is operated by a consortium of major think tanks and intended “to strengthen the knowledge-policy interface by consolidating the community of practice on planetary security,” according to its website.

A boy stares at a drought-affected landscape. The image illustrates the Twitter account of the Netherlands-supported Planetary Security Initiative, whose annual conference in The Hague ends today and was also attended by the Netherlands highest-ranking military officer, Chief of Defence General Tom Middendrop; he told delegates there could be no stability without climate security. (Photo: PSI via Twitter)