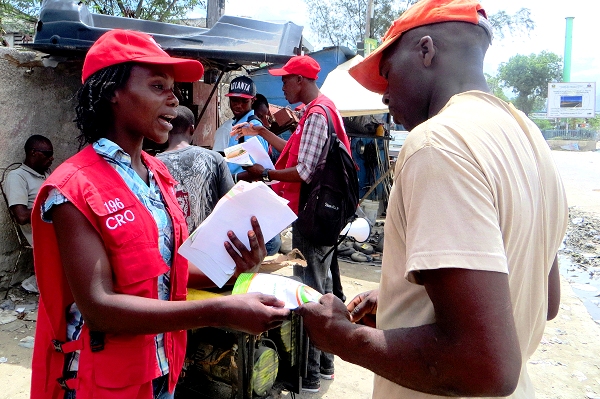 (This story appeared first earlier today on the IFRC website.)

Amid spikes in dengue cases and the recent spread of the Zika virus, Red Cross and Red Crescent teams in the Americas, Africa and Asia Pacific regions are rolling out new educational toolkits designed to help communities prevent transmission of diseases spread by infected Aedes mosquitoes.

“Knowledge is key to disease prevention, and prevention is the best weapon available in the battle against health threats posed by Aedes mosquitoes, including Zika, dengue and chikungunya,” says Dr Julie Hall, IFRC Health and Care Director.

The IFRC, Climate Centre and the Liverpool School of Tropical Medicine in the UK joined forces to develop two easily adaptable teaching guides and interactive toolkits to be facilitated by local volunteers and educators – one intended for adults in affected communities and the other for schoolchildren.

Red Cross volunteers and partners have started adapting and teaching the modules in countries long-impacted by dengue and chikungunya, like the Philippines, and countries more recently affected by Zika, like Guinea Bissau.

The toolkits are to be used in the coming weeks in the Solomon Islands, which is facing a large dengue outbreak – the first use of the toolkits in an emergency setting.

Regional training workshops are scheduled to take place in India and Vietnam this year and the toolkits are soon to be launched in Caribbean states.

“When communities know how to protect themselves and work together, evidence has shown that they can reduce the number of circulating mosquitoes and prevent disease.”

The community and school learning modules focus on transmission, symptoms and treatment of Zika, dengue and chikungunya, preventing mosquito bites and reducing mosquito breeding-sites through community, family or school-based interventions.

“We hope that these prevention toolkits will empower at-risk communities to better protect themselves from these mosquito-borne diseases.”

Red Cross and Red Crescent volunteers – working in virtually every country affected by Zika, dengue and chikungunya – will gradually roll out the toolkits, integrate them into existing work to prevent the three diseases, and work with partner organizations and community groups to adapt and use the materials.

The development of the prevention toolkits was funded by the EU-supported International Consortium on Dengue Risk Assessment, Management and Surveillance, a research project led by Heidelberg University Hospital.

Haitian Red Cross volunteer Lovely Laguerre and her colleagues explain the symptoms of chikungunya to residents of the Croix-des-Bouquets suburb of Port-au-Prince in 2014. New educational toolkits on preventing the spread of mosquito-borne disease will be launched in the Caribbean shortly. (Library photo: Doudly Elius/IFRC)