The Green Climate Fund: walking the walk on gender? 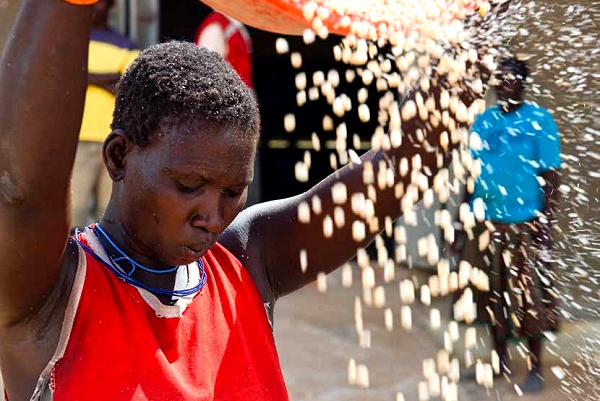 (Yesterday was Gender Day at COP 22 focusing on women as “leaders, innovators, and agents of the transformational change that…climate change and achieving sustainable development demands,” according to the UN introduction. In this blog, Aditi Kapoor, Delhi-based IFRC-Climate Centre adviser on climate resilience for South Asia, argues there’s an urgent need to put gender at the core of climate finance.)

The decision of the Green Climate Fund (GCF) to mainstream gender is more ambitious in this area than the Paris agreement itself, which failed to include gender in Article 9 on finance.

The GCF calls for gender balance in its structure as well as in the disbursement and monitoring of funds.

This means all entities accredited to GCF would ideally develop their own policies on gender and address relevant concerns in their proposals.

The GCF will also influence other global and perhaps national financial institutions and adaptation funds to progressively integrate gender into financial policies.

Yet ‘mainstreaming’ calls for a transformational shift that applies a gender lens to all decisions and policies. For instance, the GCF policy of disbursing equal proportions of funds to adaptation and mitigation is not gender-responsive because women require more support for adaptation than for mitigation.

At another level, adaptation requires long-term funds which usually generate little or no return on investment.

The challenge also lies in making financial services available to the most marginalized women.

For example, ICT is often seen as an effective outreach tool for banking services. But in much of the developing world, devices like mobile phones tend to be owned by men, especially among the poorer and the more marginalized sections of society.

So there is an urgent need for both capacity-building among implementing bodies and putting gender budgeting at the core of climate finance – most effective when it is started in the planning stage and responds to gender-based financial needs.

Working with an equal number of men and women farmers in much of Asia and Africa, for instance, will not be ‘just’ in terms of gender because much agriculture there is in the hands of women; adaptation finance will have to be invested far more in them.

Capacity building is critical because finance to transform the position of women requires structural changes in mindsets and behaviour patterns, and especially in patriarchal governance systems.

For instance, in one GCF-supported project in coastal India, implementing agencies are helping poor farming households adapt to salinization and cyclones through reshaping land and integrated farming.

But there are no investments to promote ownership and control over land, credit and other farm inputs among women farmers; or to reduce the workloads and drudgery women face in adaptive agriculture; or to equip them for decision-making roles in the wider governance bodies.

Gender and finance are not among the priority areas of the Paris committee on capacity building. The GCF itself is currently investing just 10 per cent of its funds into capacity building, and more would improve its cost-benefit ration on gender.

But to deliver its ambitious agenda what the GCF ideally requires is a strong plan to mainstream gender.

A woman in north-east Uganda uses the breeze to separate grain from chaff near the town of Kotido in the Karamoja region. Traditional farming is used in a part of the country where food security is an issue, especially during the dry season, but a Uganda Red Cross programme is helping people adapt and maximize crop yields. This image features on the cover of the 2014 Australian Red Cross ‘Gender and Climate Change’ briefing paper. (Library photo: Victor Lacken/IFRC)