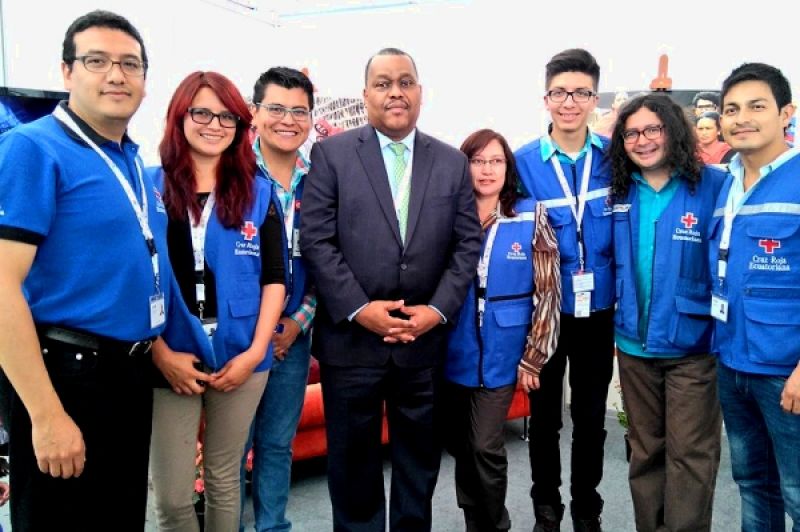 States must do more to manage international support after disasters and prioritize work to improve the resilience of urban communities, including institutional and legal preparedness.

This was the message carried by the IFRC this week to the United Nations Conference on Housing and Sustainable Urban Development – ‘Habitat III’ – in the Ecuadorian capital, Quito.

With climate change, he added, cities were “facing an increase in extreme-weather events and flooding, heatwaves and other public-health concerns [and now] more than 360 million people live in coastal urban areas at particular risk of flooding from rising sea-levels and powerful storms.

“Cities have also become a mechanism for absorbing large population movements, rather than rural areas or refugee camps.”

Disaster impacts fell disproportionately on remote communities, on families forced to live in unsafe areas, on single mothers and on other vulnerable people.

Dr Conille said helping urban communities identify and respond to risks would continue to be a focus for the IFRC.

“States,” he said, “can and must do more to prepare themselves to effectively manage international support in the case of a major disaster.

“Too few have dedicated laws, procedures or institutional mechanisms prepared in advance, and the result is unnecessary delays and expense as well as coordination and quality problems.

“This lack of legal preparedness makes it very hard for them to be in the driver’s seat in a major international operation.”

Twenty-four states, however, have now adopted new laws or rules to strengthen legal frameworks for response, risk reduction and first aid under the 2007 Red Cross and Red Crescent ‘IDRL Guidelines’, “but we would like to see much faster progress,” said Dr Conille.

The final draft of the outcome document for Habitat III – the ‘New Urban Agenda’  – says more needs to be done to “anticipate, prevent and mitigate” disasters.

“While crises cannot always be averted,” it says, “the resilience of urban communities…can and must be addressed as a matter of priority.”

The IFRC’s One Billion Coalition for Resilience would “encourage communities to take a greater stake in their own safety and not only rely on infrastructure, specialist forecasting agencies and experts” – according to Dr Conille’s statement – “whether it is implementing improvements to their homes, learning first aid, or participating in community early-warning systems, individuals can do a lot more than we give them credit for.

Participants focused especially on disasters in “informal settings in urban areas” and compared notes on projects like GIS mapping and flood preparedness in Dar-es-Salaam; design of public spaces in informal settlements in Port-au-Prince, Haiti; the use of social media for real-time information gathering on floods in Jakarta; and fire risk in slum areas of Nairobi.