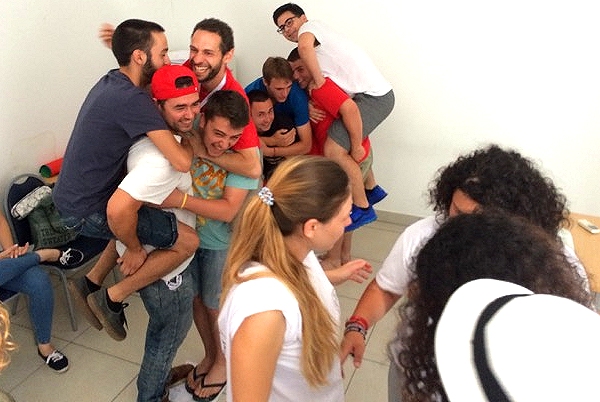 Organized by the ‘Centre for the Cooperation in the Mediterranean’ (CCM) from 20–28 July and hosted by the Croatian Red Cross (CRC), the camp was joined by nearly 50 young representatives of the 17 Mediterranean National Societies.

The theme of this year’s camp was Time to engage: youth action in crisis response and peacebuilding, and was intended to connect closely with current humanitarian challenges.

Through a range of sessions and workshops, facilitated by experts in different areas, young volunteers had the opportunity to get different perspectives and knowledge to share with others in their National Societies.

The Croatian Red Cross and the IFRC organized sessions on the ongoing migration crisis in the Mediterranean.

The Climate Centre engaged participants in other sessions on disaster risk reduction and climate change adaptation.

Through a lecture, a set of educational games and other participatory methods, young people explored how impacts of climate change affected their lives and the work of their national societies.

Croatian participants recalled the spring 2014 rain and floods that led to their country’s “worst natural disaster in living memory”.

Since 2005 ‘Atlantis’ has gathered young people from across the Mediterranean region and now serves as a “platform for intercultural exchange among youth – seen as the real agents of behavioural change both for the present and the future of our communities,” this year’s concept note said.

“The overall objective…is to use intercultural dialogue as a tool to build young volunteers’ capacities as agents for positive change within multicultural societies, counteracting stereotypes and discrimination.”