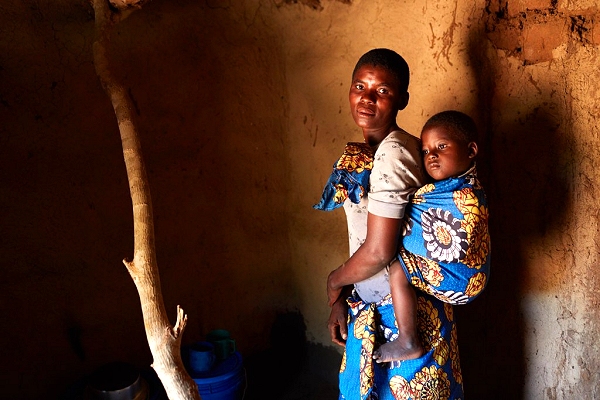 (This story appeared first yesterday on the website of the Thomson Reuters Foundation, the Climate Centre’s BRACED partners. Alexander Matheou is Director of Programmes and Partnerships at the British Red Cross; before that he was the IFRC's Botswana-based Regional Representative for Southern Africa.)

Imagine three-quarters of the UK waking up this morning without breakfast; that’s 49 million people too hungry to go work, go to school, or even take care of themselves.

That is the scale of the emergency currently unfolding across southern Africa.

This crisis has not emerged overnight. The past 18 months have seen the region in the grip of the strongest El Niño in 35 years, leading to long droughts, heatwaves and water shortages for some of the poorest people in the world.

Malawi, Zimbabwe, Mozambique, Namibia, Madagascar, Swaziland, Lesotho, Angola, and most of South Africa’s provinces have all declared states of emergency. And yet the world continues to sleepwalk into a major food crisis.

Although this weather phenomenon may have passed for now, the full impact of El Niño is yet to be felt.

In Malawi, the lack of rainfall has led to a shortage of safe drinking water, forcing people to drink from cholera-contaminated Lake Chilwa.

Empty grain stores see families forced to ration to just one small meal a day – a survival strategy that will only buy them a month or two.

The devastating health consequences of increased acute child malnutrition and greater vulnerability to infectious diseases are expected to worsen throughout the year.

Much more needs to be done to urgently support the most vulnerable communities to survive and strive over the coming months. We meet families who have received no external support and who are, quite simply, desperate.

“The crops have failed, there’s no point in trying to plant more seed,” she said. With almost no food to eat, what will happen to Lina and her family over the coming months?

‘We need to anticipate, not react to, crises like this’

The challenge of distributing food to 49 million people is a huge logistical operation. Successful local solutions, emergency cash distributions and direct food aid need to dramatically increase to support the ever-growing number of people affected by this crisis.

That is why governments cannot deal with El Niño alone. We must forge partnerships between humanitarian and development actors, as well as the international community, national and local governments to strengthen our immediate relief efforts.

In the longer term it is resilience that will enable vulnerable people to better withstand future challenges: we need to anticipate, not react to, crises like this.

El Niño, a cyclical and predictable weather event, demands long-term planning and sustainable funding. While emergency relief may feed someone today, humanitarian assistance must change to enable people to feed their families in the future.

If we are to stay ahead of these growing humanitarian challenges, we need to build resilient communities, by empowering people to break the vicious cycle of disaster-response-recovery-disaster.

The IFRC is committed to help at least 1 billion people over the next decade through our One Billion Coalition for Resilience — significantly strengthening local capacity and people’s ability to cope in the face of adversity.

The coalition is designed to help communities and households be better prepared across a range of areas including first aid, strengthening local institutions and early warning systems, pandemic preparedness and improving access to health and water and sanitation. The ultimate aim is to improve and save lives.

Most importantly, leaders must act now to address the underlying causes of this emergency. So that when the next El Niño comes, it does not carry the catastrophic consequences it does today.

“This year’s hunger is a hunger that I have never experienced in my life,” says Gertrude Muotcha, 31, who cares for her four children alone in southern Malawi. “I don’t know how we will survive this year.” She says she usually harvests up to nine bags of maize but this year only got half a bag. The Malawi government would normally have 60,000 metric tonnes of maize in reserve at the beginning of the year, but in 2016 started with only 6,000, the IFRC reported this month. Some 6.5 million people, or just over 40 per cent of Malawi's population, are in need of aid. (Photo: Juozas Cernius/IFRC)