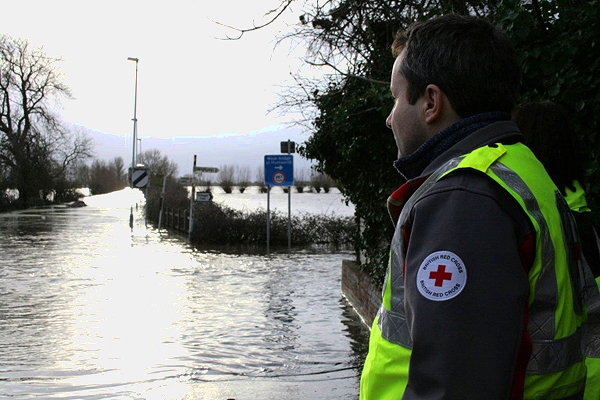 A report out earlier this week from the British government’s principal advisers on climate says the impacts of climate change “are already being felt in the UK, and urgent action is required to address climate-related risks”.

Changes to the UK climate are likely to include periods of “too much or too little water, increasing average and extreme temperatures, and sea-level rise,” says the Committee on Climate Change (CCC).

The UK Climate Change Risk Assessment Evidence Report, from the CCC’s specialist unit focusing on adaptation, results from more than three years’ work involving hundreds of leading scientists and experts and has been peer-reviewed by local and international specialists.

It sets out the “most urgent risks and opportunities arising for the UK from climate change,” according to a CCC news release Tuesday.

Risks include flooding and damage to coastlines; health problems resulting from higher temperatures; possible shortages in the public water supply; environmental hazards; problems for domestic and international food production; and the danger of new pests and diseases.

‘We must take action now to prepare for inevitable changes’

Opportunities for the UK from climate change may include increased agricultural productivity from longer growing-seasons (if water and soil issues are managed), and economic opportunities for businesses from global demand for adaptation-related goods and services such as engineering and insurance.

The report says the referendum vote last month to leave the European Union “does not change the overall conclusions of the risk assessment [but] some individual risks may change if EU-derived policies and legislation are withdrawn and not replaced by equivalent or better UK measures.”

“The impacts of climate change are becoming ever clearer, both in the United Kingdom and around the world,” said Lord Krebs, who chairs the CCC’s Adaptation Sub-Committee.

“We must take action now to prepare for the further, inevitable changes we can expect….Delaying or failing to take appropriate steps will increase the costs and risks for all nations arising from the changing climate.”

By law British governments must every five years assess the risks and opportunities arising for the UK from climate change in what is known as the ‘Climate Change Risk Assessment’ (CCRA); the committee report just out will inform the government’s next CCRA due to be presented to Parliament next January.

British Red Cross volunteers survey flooded countryside in the north-west of England last December; the National Society launched a major relief operation in the counties of Cumbria and Lancashire hit by Storm Desmond and subsequent flooding. A real-time analysis by scientists working with the World Weather Attribution programme later found global warming had boosted the likelihood of the event by some 40 per cent. (Photo: BRC)