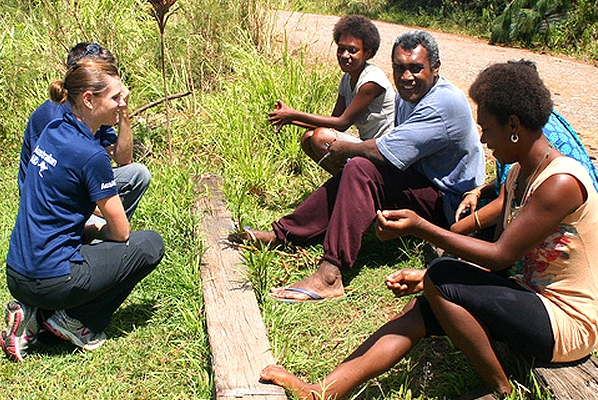 (This article, reproduced here under Creative Commons, appeared first yesterday on the website of the Australian Institute of International Affairs.)

This week’s World Humanitarian Summit in Istanbul is an unprecedented attempt to bring governments, the private [sector] and humanitarian agencies together to address the needs of a world in crisis. Naturally, one of the most crucial topics is how to meet a $20.4 billion* global shortfall in funding for humanitarian action.

Disasters cost the global economy more than $300 billion each year, according to the United Nations, and our Asia-Pacific neighbours bear the heaviest burden.

The human toll is far worse: 2.1 million lives were lost in disasters from 1995–2014 and an average of 242 million people are affected each year.

In the lead up to the summit, one thing is clear: simply asking for more money is not the solution. We need to find more efficient ways of using the finance available.

At home, the Australian Business Roundtable for Disaster Resilience and Safer Communities is making a strong economic case for disaster preparation.

Its white paper released in 2013 states that natural disasters cost Australia an average of $6.3 billion each year, rising to $23 billion by 2050. However, a careful investment of $250 million a year in prevention would reduce these costs by 50 per cent over that period.

Improvements in scientific forecasting mean we can now predict extreme events such as droughts and cyclones with a high degree of accuracy. Yet the typical approach from humanitarian agencies and donor governments is to wait until after the disaster before launching an appeal or funding a relief operation.

It’s far cheaper not to wait. Many practical steps can be taken in the window between a forecast and a disaster to protect lives and homes.

What we need is an automatic system that triggers and funds preparedness actions before disasters strike, based on credible warnings. This would prevent suffering, use limited humanitarian funds more efficiently and make communities more resilient.

Forecast-based financing is a model that releases a pool of funds based on a scientific forecast of natural disasters, such as droughts, floods or cyclones.

For example, on receiving a reliable forecast of drier conditions, farmers invest in seeds for drought-resistant crops and water supplies are shored up for households. These simple actions can help avert food and water crises.

The Red Cross Red Crescent and its partners, including the German government and the World Food Programme (WFP), are piloting forecast-based financing in at least 15 countries, addressing hazards as diverse as droughts, floods and freezing cold waves.

Recent studies of forecast-based financing showed highly promising results. Even accounting for the fact that forecasts are not perfect, a preliminary analysis in Bangladesh estimates that every dollar spent to help families before a potential flood would save three dollars in losses.

Another study by the WFP in Sudan and Niger has estimated that early action using a forecast-based trigger mechanism could reduce the cost of emergency response by 50 per cent.

The challenge is that governments and other donors can be reluctant to release funds unless it is virtually certain that a disaster will occur. Sometimes the forecast disaster does not occur – no forecast is 100 per cent certain.

Forecast-based financing is designed so that over time the positive consequences of acting early – in lives saved and costs reduced – are greater than occasionally acting in vain.

Pacific Island communities recently battered by cyclones and drought may stand to benefit most from this approach. Forecast-based financing can be the vital link between disaster risk reduction and disaster response in the region.

Risk reduction focuses on long-term activities to reduce loss such as reducing exposure to hazards, creating early warning systems or lessening vulnerability of people and property.

Forecast-based financing bridges the two options: making it possible to take cost-effective preventive action on the basis of immediate threats.

Fiji and Vanuatu have experienced highly destructive cyclones in the past 15 months, costing at least $1.3 billion.

What if funds had been available as soon as a reliable forecast was received? We could have helped families to protect their possessions and stockpile food; we could have secured water tanks and supply systems; we could have mobilised rescue teams for immediate response.

All these things would have reduced the long-term impacts of these cyclones and the cost of the recovery operations.

We are about to trial forecast-based financing in the Pacific, with support from the Australian government, focusing on Fiji, Papua New Guinea and Solomon Islands. It’s a wise investment model to avoid economic loss and human suffering.