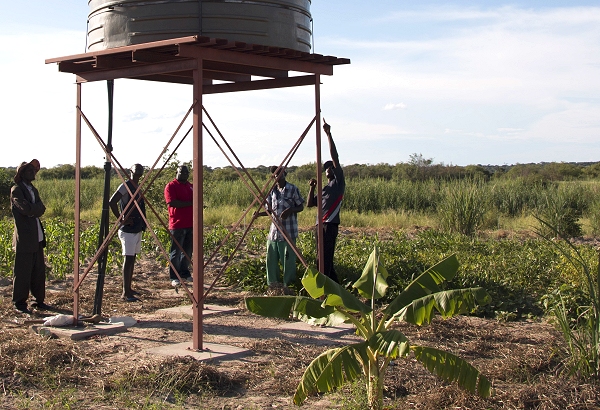 (This is a press release issued by the IFRC in Nairobi on Saturday. Its full appeals for Southern African nations affected by the drought influenced by El Niño are also here.)

With another season of inadequate rainfall, missed plantings, and failed harvests, the IFRC is warning that the number of families dependent on food aid across Southern Africa will certainly increase in the coming months.

An estimated 28 million people are currently food insecure across the region. That figure is expected to increase to 49 million before the end of the year.

“Farmers have missed three seasons now due to insufficient rains. Missed harvests mean there is no new food on the table, nor income in their pockets.

“To avoid a crisis of even larger proportions, we need to ramp up our interventions to ensure those most vulnerable get the support they need, now.”

The Government of Malawi declared a state of emergency due to the severe drought earlier this week, bringing to four the number of countries with declared drought emergencies across the region.

Mozambique also declared a ‘red alert’ period of 90 days to mobilize partners in response to the drought affecting its central and southern provinces.

Emergency operations will soon be launched in Mozambique, and operations in Zimbabwe are being scaled up to reflect the increasing needs.

“At the moment, the market system continues to function,” explained Charles.

“But prices of basic commodities are skyrocketing, making them unaffordable for the average family. This results in families selling off their valuable assets, their cattle, often at greatly reduced prices.”

Since May 2015, the Southern Africa region has been experiencing an intense drought that has expanded and strengthened, driven by one of the strongest El Niño episodes on record.

The most recent rainfall season has been the driest in more than three decades. It is a weather phenomenon which is not only affecting crops but also livestock, which are dying off in large numbers.

With a potential La Niña weather event also on the horizon, the current food-security crisis is one which will likely continue well into next year.

“It is vitally important for us to remember that there are people behind these statistics,” added Charles.

“Malnutrition in children is already high, and stunting rates are above 20 per cent. More than 12 million people are living with HIV across Southern Africa and are in need of nutritional food so they can take their medication without getting sick.

“The Red Cross is ready with our network of trained volunteers to support vulnerable families, but we cannot do it without adequate financial assistance.

“We call on our established partners, and welcome new partners, to support our activities, and help ensure that life-saving interventions make it to those men, women and children who need it most.”

With the support of the Spanish Red Cross, the Namibia Red Cross Society (NRCS) has set up a community irrigation project in Sikondo village in the Kavango region of northern Namibia – a part of the country where rain would normally be plentiful but has been exceptionally scarce for three years. Water is pumped from the Kavango river for local irrigation. Nationally, Namibian agriculture is said to be having its worst harvest in 80 year; a quarter of the population is affected by drought. The NRCS is providing food relief to vulnerable populations in three regions and rehabilitating springs and boreholes. (Photo: Thea Rabe/Norwegian Red Cross)