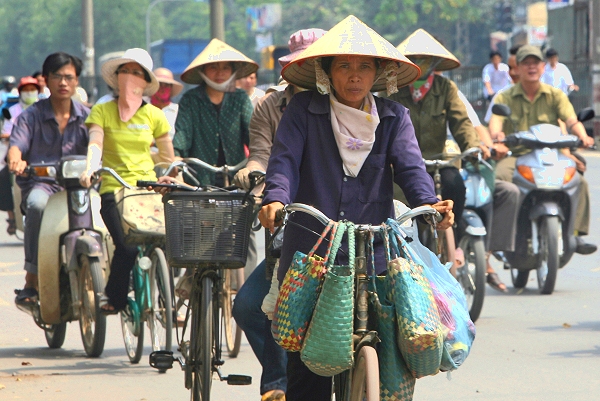 The World Bank Group yesterday unveiled a new action plan on climate designed to accelerate efforts to tackle climate change over the next five years, and help developing countries deliver on their national plans submitted at the historic COP 21 meeting in Paris last December.

It recognizes that climate change is “a threat to efforts to end poverty, and that there is an increasing urgency to protect poor people and poor countries,” said a World Bank press release issued at its Washington, DC headquarters.

The new early-warning systems will be rolled out in 15 developing countries, and the Bank says it will also help bring ‘adaptive social protection’ – safety nets to support people affected by disaster or economic shocks, and an area the Climate Centre is exploring through the BRACED and PfR programmes – to an additional 50 million people by 2020.

At the same time, the statement added, the Bank Group will pilot new approaches to urban resilience in 15 cities by integrating infrastructure, land use, and disaster-risk management.

“Developing countries want our help to implement their national climate plans, and we’ll do all we can to help them.”

The International Finance Corporation, a member of the World Bank Group, aims to expand its climate investments from US$ 2.2 billion annually to US$ 3.5 billion, and lead on leveraging an additional US$ 13 billion a year in private financing, also by 2020.

The World Bank says it will mobilize US$ 25 billion in commercial financing for clean energy over the next five years.

The Bank Group will also help countries “put a price on carbon pollution to create incentives for public and private sector decision-makers to make the right climate choices,” the press release added.

John Roome, Senior Director for Climate Change at the World Bank Group, said: “If we don’t act, climate change threatens to drive 100 million more people into poverty in the next 15 years.

“The action plan will allow us to help developing countries more quickly, and in the areas where support is most needed, such as disaster preparedness, social protection, and coastal protection.”

It will help green the financial sector through “a coordinated approach across banking, pensions and capital markets to implement changes needed nationally and globally,” the press release said.

A “robust pipeline of bankable projects” would focus on areas like rooftop solar panels to generate domestic electricity.

The plan announced yesterday said screening for climate risk, already applied to projects supported by the International Development Association, the World Bank’s fund for the poorest countries, will be extended to other operations in early 2017.