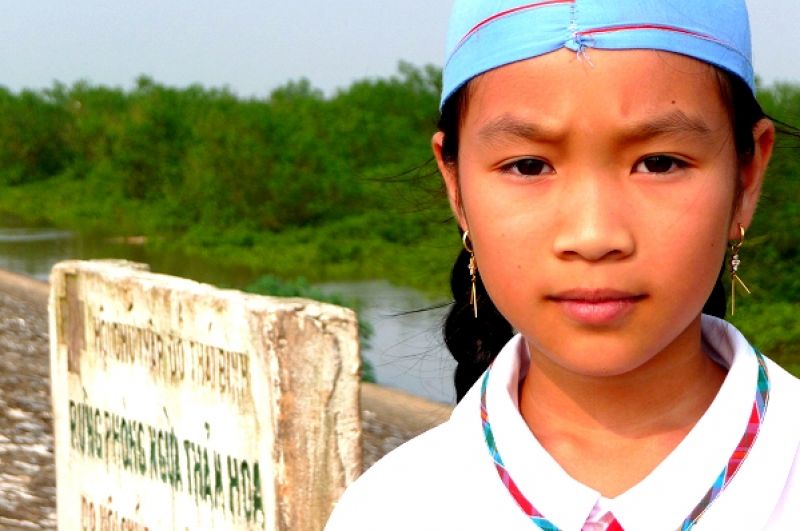 (This story is a press release, slightly edited here for length, from the The Nature Conservancy issued yesterday as it announced a new partnership with the Global Disaster Preparedness Center that was also showcased at the GDPC’s 2016 Annual Event: ‘Local to global climate solutions: making communities safer with nature’. Special case studies included protective Red Cross mangrove plantations in Vietnam and IFRC work on climate, including the Climate Centre’s 2014 Climate Training Kit.)

In an effort to find smart solutions for sea-level rise, storms, floods and other climate impacts in South Florida, The Nature Conservancy yesterday announced several new partnerships and two demonstration projects in Miami-Dade County to highlight and maximize the use of nature-based infrastructure solutions, such as mangroves, coral reefs, wetlands and dunes, as an important line of defence for coastal and community protection.

These natural features are often cost-effective tools to absorb floodwaters, lessen wave energy and protect coastal residents and assets from the damages caused by storms.

Miami-Dade County is one of the most economically vulnerable locations on the planet, with over US$ 345 billion in assets and 2.6 million people at risk due to flooding and sea-level rise.

The county has already invested millions of dollars in natural and coastal area protection along with parks, trails and other open spaces.

These natural areas – or natural “capital” – can be leveraged for more protection for county residents and assets, and enhanced and restored for further community risk reduction.

The Nature Conservancy is committed to advancing Miami-Dade’s community resilience through a number of new two-year partnerships.

The Nature Conservancy will work with RMS, one of the world’s largest catastrophe risk modelling firms, to build standards for the modelling of mangroves and salt marshes, ensuring that the coastal protection value of these natural systems is reflected in risk assessment and management decisions.

Dr Robert Muir-Wood, Chief Research Officer at RMS, said: “Through RMS’s risk models we can quantify the way that natural ecosystems, such as coastal marshes, can reduce the cost and damage from floods to the properties they protect.

“In an era of rising sea levels and potentially stronger storms we will increasingly want to evaluate the role that such habitats can play in risk mitigation.

“RMS is delighted to support this initiative by showing how it is possible to measure the benefits to local communities.”

The Conservancy will also partner with the Global Disaster Preparedness Center to incorporate natural systems into disaster preparedness plans in two soon-to-be identified key geographies, with a focus on technology and coastal cities’ ecosystems for the protection of vulnerable people.

The first project, Wagner Creek Green Spaces, will involve the redesign of several creek-side properties in the Health District to create a desirable open space that absorbs some of the storm-water flooding in the area.

The second pilot project, in South Dade, will model the flood-risk reduction and storm protection provided to the county’s billion-dollar South District Wastewater Treatment Plant by the mangroves and other natural features between the plant and Biscayne Bay.

Opportunities to maintain or increase protection of the plant with natural and hybrid approaches will also be modelled.

“When you learn that just 100 metres of mangroves can reduce wave height by 67 per cent you know instantly that this is not your usual feel-good story about the environment – this is a strong business case for nature – and it often comes with the added benefits of improved water quality and fisheries protection,” said Kathy Baughman McLeod, Managing Director for Coastal Risk and Investment, The Nature Conservancy.

The use of natural infrastructure – alone or in tandem with hybrid coastal and inland engineering techniques – can be more cost effective over time than just concrete sea walls and levies.

Nature grows larger and stronger over time, whereas sea walls and breakwaters erode and cost more due to necessary maintenance and repair.

One study shows the cost of building a breakwater versus restoring a natural reef is 20 to 1.

Twelve-year-old Nguyen Chi Hien studies disaster preparedness at Thuy Xuan primary school in northern Vietnam. She shares what she learns with her parents and other students and also looks forward, when she gets a bit older, to helping plant new mangroves in the sea near her village. Protective mangrove plantation by the Red Cross in Vietnam was among the case studies at this year’s GDPC Annual Event that included a new partnership with The Nature Conservancy. (Library photo: Jason Smith/IFRC)