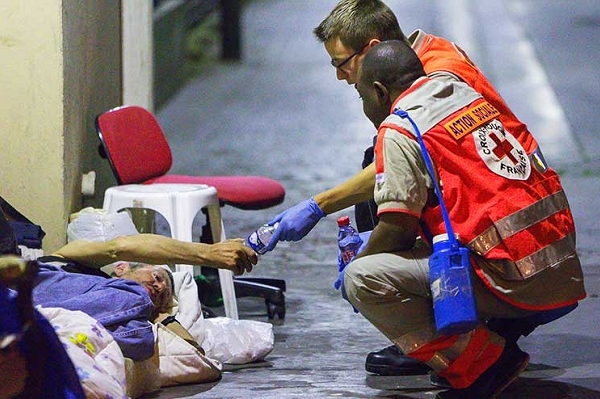 Potentially dangerous heatwaves that normally strike once every two decades could become yearly events across 60 per cent of Earth’s land surface by 2075 without the “stringent emissions-reduction measures” which could reduce them significantly.

But even with such mitigation, nearly 20 per cent of land areas would still suffer intense heatwaves – defined as three exceptionally hot days in a row – yearly on average.

These are conclusions of new research, funded by the US Department of Energy and published last week, by Claudia Tebaldi of the National Center for Atmospheric Research (NCAR) Michael Wehner of the Lawrence Berkeley National Laboratory.

Their study, published in the latest issue of the journal Climatic Change, assesses the benefits for society of avoiding heatwaves if action is taken now to mitigate climate change.

It shows that “aggressive cuts in greenhouse gas emissions will translate into sizable benefits, starting in the middle of the century, for both the number and intensity of extreme heat events,” Tebaldi said in an NCAR news release.

“Even though heatwaves are on the rise, we still have time to avoid a large portion of the impacts.”

Tebaldi and Wehner looked at how frequently today’s 20-year heatwave may occur in the future, and how intense future 20-year heatwaves would be, finding that they would be much more extreme than those with the same probability today.

A few degrees “can mean the difference between life and death” for vulnerable people, Wehner said.

A heatwave peak of 45 degrees instead of 42 would have “a dangerous impact on the poor, the old and the very young, who are typically the ones dying in heatwaves,” he added.

The research also covered other heatwave peaks when it fails to cool overnight; past research has shown that human health is especially endangered when temperatures do not fall significantly at night.

All showed similar increases in frequency and intensity without significant mitigation.

Last July’s #CFC15 scientific conference at UNESCO headquarters in Paris, held in the run-up to COP 21, listed heatwaves first on a list of weather extremes exacerbated by climate change.

Climate Centre Director Maarten van Aalst told delegates timely communication such as the climate attribution of the 2015 European heatwave meant “we can communicate the science to the general public when it matters”.

And as #CFC15 closed, the French Red Cross said 16 departments remained on orange alert for the “unusually protracted” heatwave then affecting much of western Europe.

Tebaldi and Wehner’s paper is part of a larger NCAR-based project attempting to quantify how reductions in emissions could affect health, agriculture, hurricanes, sea levels and drought.