At Davos, IFRC calls for longer view of humanitarian action amid unprecedented ‘broad landscape of risk’ 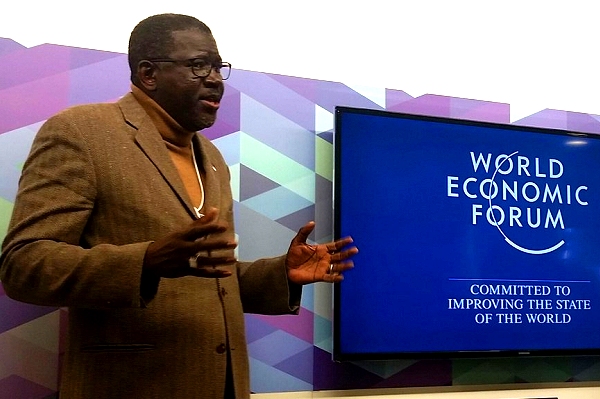 Humanitarian need over the past decade has grown “at a staggering rate,” IFRC Secretary General Elhadj As Sy said on Wednesday.

“Today, there are believed to be more than 120 million people in need of humanitarian assistance,” Mr Sy wrote in a global agenda blog for the 46th annual meeting of the World Economic Forum (WEF) in Davos-Klosters, Switzerland.

“These are people affected by conflicts, like the ones in Syria or Yemen. They are people suffering from chronic hunger and malnutrition in communities across the Sahel. They are people struggling to put their lives back together in the aftermath of natural disasters in Nepal’s Kathmandu valley, or in the wake of floods in Central America and South-East Asia.”

“We have never seen numbers like these,” Mr Sy said in his article, which was also carried by the Thomson Reuters Foundation.

Every indication was that this growth would continue, driven by conflict “and by factors such as climate change, population growth and displacement, unplanned urbanization and unequal and inadequate access to food, water, health and energy.

“Our answer to this challenge cannot simply be more of the same.”

Support for humanitarian appeals had increased, but not at the pace required for a model “overly focused on response”.

Mr Sy called for a longer view in the humanitarian sector, and for resources to strengthen resilience and leave communities better prepared.

The two ideas that aid needed to do more than “simply suture wounds” and that change needed to be widespread were at the heart of the IFRC’s One Billion Coalition for Resilience, he said.

In the annual report on risks worldwide, 750 experts placed nearly 30 hazards on scales for “impact” and “likelihood” over the next decade.

The risk with the greatest potential impact was “a failure of climate change mitigation and adaptation” – the first time since the annual series began in 2006 that an environmental risk has topped the ranking.

It was found to be potentially more damaging then – in descending order – weapons of mass destruction, water crises, large-scale involuntary migration, and energy-price shock.

The number one risk in 2016 in terms of likelihood was large-scale involuntary migration followed by extreme-weather events, then failure of climate change mitigation and adaptation, conflict and natural disasters.

“Such a broad risk landscape is unprecedented in the 11 years the report has been measuring global risks,” said a WEF media release.

“For the first time, four out of five categories – environmental, geopolitical, societal and economic – feature among the top five most impactful risks.”

On interconnections among risks, the data suggested some convergence, with a few key risks wielding great influence.

This year’s two most interconnected risks – “profound social instability and structural unemployment or under-employment” – accounted for 5 per cent of all interconnections.

More than 2,500 prominent figures from business, government, international organizations, civil society, academia, the media and the arts are in Davos.

The theme this year is “Mastering the Fourth Industrial Revolution”; the meeting ends tomorrow Saturday.

IFRC Secretary General Elhadj As Sy tells delegates at Davos that vulnerable people worldwide are “not just searching for food, they are searching for human dignity” too. (Photo: Robert Meloche @robmeloche via Twitter)