Paris climate deal was the start of something, not the end 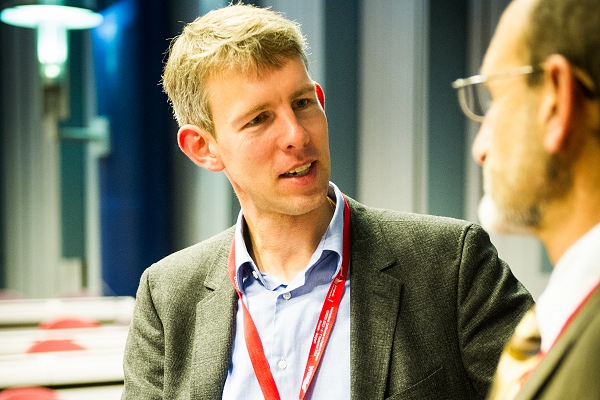 To the campaigners who for years lobbied for a global deal on climate, to the officials who pored over the technical detail at meeting after meeting of the UN Framework Convention on Climate Change, to the leaders of the small-island states whose plight has been so prominent in this context, to all of them and many others, the Paris agreement on climate change must have felt like a culmination, the end of something.

And doing so with some panache; it’s agreed that the French presidency of this round of UN climate talks played an important part in getting an agreement through.

The rejoicing that followed has been entirely apt. But now we must ask: What next?

Even in the first few days after the historic moment at Le Bourget, differing takes on the significance of the agreement have emerged.

While there seems little doubt that humanity, together, definitively changed course on 12 December away from fossil fuels toward a sustainable future; equally, no one is quite sure how sharply the road ahead winds, how steep is the hill to be climbed.

In the most positive view, the voluntary national caps on emissions and the spirit of Paris will carry us through to a future where the rise in global temperatures is kept “well below 2.0°C” (above pre-industrial times); in the most negative, Paris was little more than a statement of intent that may never be fulfilled.

For the moment, at least, we in the humanitarian sector will be cautiously optimistic, applauding the decision-makers who overcame divisions to reach an outcome the people of the world had been hoping for.

The Paris agreement is a critical milestone, involving recognition that the climate risks we confront day in day out are rising, with potentially unmanageable consequences for the planet.

Critically, it addresses both the long-term risks – including the long-term 2.0°C target – and the immediate needs of the most vulnerable in the face of risks that have already increased, and are bound to keep increasing due to historic greenhouse gas emissions.

In the humanitarian sector, it is often the seismic disasters, like the earthquakes in Haiti and Nepal, that get the biggest headlines; this is inevitable, and we have no quarrel with the media on that score.

But our data shows that last year, 87 per cent of individual disaster-events were related to climate; and as demonstrated by the IPCC Special Report on Extremes and Disasters in 2012 and again in its Fifth Assessment Report, those risks are on the rise.

We are also facing rising exposure, and special challenges in highly vulnerable places such as informal settlements in rapidly growing cities and fragile states.

Climate- and weather-related disasters displaced an average of 22.5 million people each year over the past seven years, according to the Norwegian Refugee Council, and could impact many more by the mid-century.

A recent World Bank report demonstrated that climate change could push an additional 100 million people back into extreme poverty by 2030, through natural disasters and effects on agricultural production and health.

Our duty is to focus on the most at-risk, the most vulnerable, and this we do to the best of our ability.

Indeed the IFRC’s 17 million volunteers worldwide are seen as being on the front line of what we call the humanitarian impacts of climate change – together, for example, with the Bangladeshi rice farmer battling salinity from rising sea levels, the East African pastoralist trying to save his cattle from drought, the slum-dweller who lives in fear of the next flash-flood.

But for COP 21, the most timely reminder of the importance of the climate issue came ironically not from Africa or Asia, but when Storm Desmond fell across the north-west of England at the exact mid-point of the two-week meeting, with its associated rainfall breaking all UK meteorological records.

Within a few days, unusually, both the British government and an international consortium of scientific specialists – the World Weather Attribution programme – had publicly declared their view that climate change had increased the likelihood of this event.

The Red Cross was on the ground in Cumbria too, helping with temporary shelter, food and clothing, cups of tea, first aid, and later with the ‘enormous’ clean-up.

But globally we must now focus on making sure that the climate commitments on resilience, including the US$ 100 billion Paris earmarked in climate finance for the developing world by 2020, goes where it’s really needed; and is used to good effect when it gets there.

We believe it’s possible to strengthen the hand of people in parts of the world particularly susceptible to climate impacts in such a way that they are better able to withstand – or at worst recover from – those impacts.

This is why we joined the resilience initiative launched at COP 21 by UN Secretary General Ban Ki Moon, and the IFRC this year launched its One Billion Coalition for Resilience, which aims to help a billion people reduce the risks that affect their lives, including climate change.

Programmes such as Partners for Resilience, just entering its second phase, and BRACED are linking local solutions to the aspirations embedded in the historic Paris agreement.

In our work and in our minds, the people of Cumbria have recently been at centre-stage with the small farming communities around the Ugandan provincial capital of Soroti, where in November, in a small way, history was also made when the Ugandan Red Cross distributed relief items to flood-prone communities in Kapelebyong county in response to a scientific forecast of flood risk, a first for the humanitarian system.

Forecast-based financing is bridging the climate and humanitarian worlds, and it’s these sorts of systemic changes –  science-based, ambitious, pragmatic – that we will need much more of if the ‘spirit of Paris’ is to be honoured.

Dr Maarten van Aalst is Director of the Red Cross Red Crescent Climate Centre, based at the Netherlands Cross in The Hague. It is a specialist reference centre of the IFRC. (Library photo: Antoine Soto/European Commission)