IFRC: More support for communities facing climate change must be in COP 21 agreement 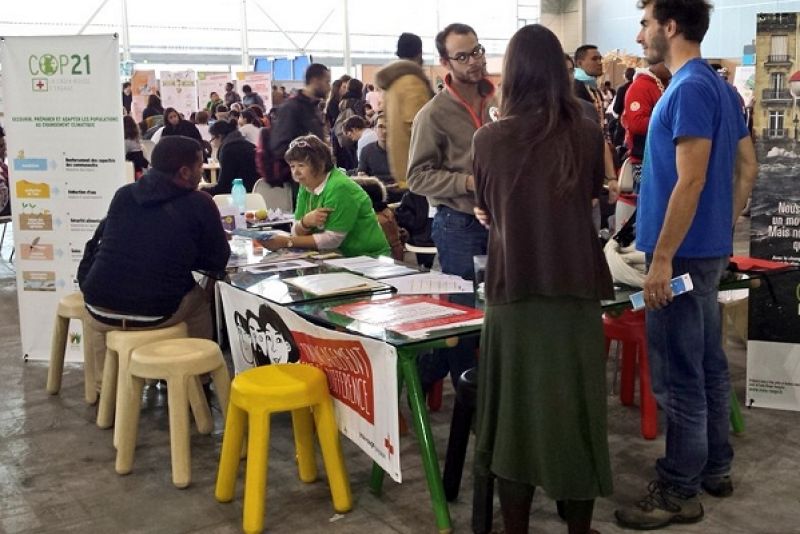 (This story was first published earlier today as a press release on www.ifrc.org.)

As climate negotiators gather at COP 21 in Paris, the IFRC is calling on all parties to ensure that the needs of vulnerable and at-risk communities are placed at the heart of the discussions.

The UN climate talks in Paris aim to achieve a legally binding and universal agreement on climate, with the aim of keeping global warming below 2°C.

While the IFRC fully supports this goal, it calls on the global community to ensure that resources are made available to strengthen the resilience of vulnerable communities who are already exposed, or who are likely to be exposed, to the effects of climate change.

IFRC Secretary General, Elhadj As Sy, said: “There is still time for us to halt climate change, but the window of opportunity will continue to become narrower. The consequences of climate change are already being felt by the world’s poorest and most vulnerable communities.

“It is crucial that any new global agreement emphasizes the need to support these communities to become more resilient and reduce the climate risks they face.

“We urgently need to take bold action across sectors and make adequate investments in both mitigation and adaptation, including disaster risk reduction.”

Jean-Jacques Eledjam, President of the French Red Cross, said: “We know what is needed to mitigate climate risks. First a massive reduction of carbon emissions, and technology transfer to help developing countries to access clean energy.

“Second we need to preserve the natural capital that helps prevent disasters from happening, such as mangroves and corals.”

Through its 189 National Societies and their network of up to 17 million volunteers, the IFRC has been supporting communities to address the consequences of climate change for much of the past decade, including through climate-related public education, awareness-raising programmes and disaster preparedness.

“The permanent and trusted presence of Red Cross and Red Crescent volunteers in communities, and their day-to-day interaction with community members is a formidable asset in promoting low-carbon, climate resilient development and in protecting development gains,” said Mr Sy.

To support global development efforts, the IFRC is launching the One Billion Coalition for Resilience, an initiative to enable, by 2025, at least one billion people around the world to take active steps towards reducing the risks that affect their lives and their vulnerability in the face of adversity.

“This is the IFRC’s commitment to take building resilience, including climate resilience, to the next level by building a true global coalition committed to putting the safety and prosperity of the world’s most vulnerable at the heart of all that we do,” said Mr Sy.

A French Red Cross workshop on community resilience and capacity at the 11th Conference of Youth, just ahead of COP 21. On Monday, as the main 2015 UN climate talks began, the IFRC called on all parties to ensure that the needs of vulnerable and at-risk communities are placed at the heart of the discussions. (Photo: Pierre Catalan and French Red Cross via Twitter)