NL government to Partners for Resilience: ‘We want to continue’ 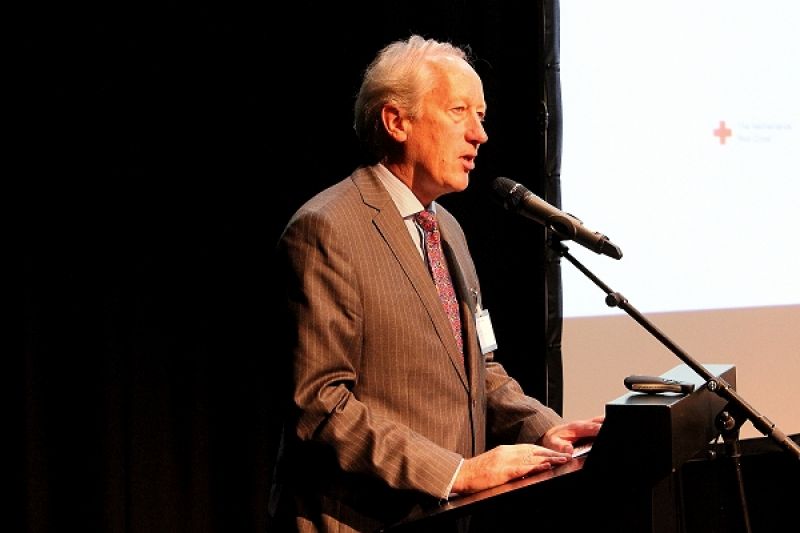 “We want to continue with you, we want to learn from you, we can also help you.” That was the message to the Partners for Resilience (PfR) today from the Netherlands Ambassador for Sustainable Development, Kees Rade, addressing the closing session of their global conference in The Hague.

It’s taking a 360-degree look at lessons learned after half a decade of programme work on resilience, as well as the future partnership between the Netherlands Ministry of Foreign Affairs and five Dutch agencies and their implementing partners in the global South.

The conference in The Hague was attended by 140 practitioners, most of them from the programme countries themselves.

Some 1.5 billion people had been affected in some way, and total economic losses were around 1.3 trillion dollars.

“This is an extremely serious issue,” he added, and in many places human and social progress has been set back.

PfR, however, had generated “unique experience ranging from disaster management, development, environment, and water management” and now had “all the tools to implement a holistic and unique approach.

“You have developed and piloted serious games to help people understand and act on complex issues; you brought together local communities and governments to find local solutions, you have developed an approach to IRM [integrated risk management], and much more.”

Economic growth that is inclusive and sustainable was “very much in line” with the priorities of the Dutch government, Mr Rade explained “and we are a very proud supporter of what you have been doing over the last few years”.

But the more difficult question now, he added, was how to scale up? “How” – he asked – “can we ensure that the things you have learned are included in policy and programmes at the local, national and international level?

“We want to move from finding, piloting and developing new approaches, and funding these activities, to scaling up and integrating your experiences into policies and programmes.”

The key concept for the future was lobbying and advocacy – the focus of the next five-year phase of PfR now being planned and developed.

Mr Rade also told #pfrconference that the private sector had an important role to play.

The many small-scale farmers around the world were also “the private sector”, but big companies could also “change their policies in terms of contributing to resilience; they are an ‘actor’ too and a potential ally, and it’s also important for your efforts to take them on board.”

“It’s all about stronger communities and giving them power,” he stressed. “And that’s what this alliance can offer.”

The “brainpower” at the conference helped with “outside-the-box thinking, which is now what we need”.

The conference later moved on to what Climate Centre Director and moderator Maarten van Aalst introduced as a “panel of fellow networks”: Karen Sudmeier of PEDRR; Marcus Oxley of GNDR; Katie Peters of the BRACED programme (a new Climate Centre partner); Sven Harmeling of CARE International; and the IFRC’s Ch Choe, who works in community preparedness and risk reduction.

The conference closed with a “marketplace for learning and exchange” at the Koorenhuis venue in The Hague centre.