How to protect against future shocks: ‘#pfrconference’ underway in NL 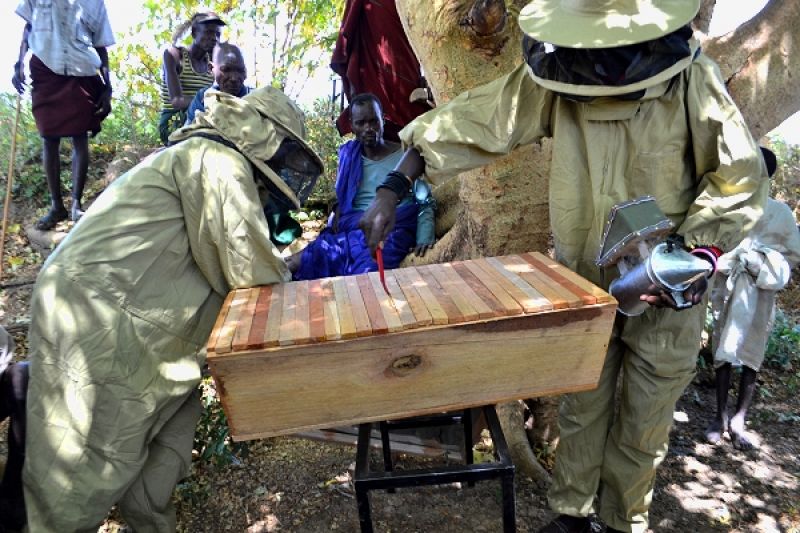 A major international conference on resilience taking a 360-degree look at both lessons learned over half a decade of programme work and planned future partnerships got underway in The Hague today.

The 2015 Partners for Resilience (PfR) Global Conference includes five Netherlands-based agencies, the Dutch government, partners from the global South and others like the IFRC, the UK Overseas Development Institute, and the Global Network of Civil Society Organisations for Disaster Reduction.

Running through to Thursday, #pfrconference (on Twitter) will take stock of the achievements and lessons of the 2011–15 PfR programme in nine countries – the first large-scale project of its kind in the world – and plan for a new five-year strategic partnership with the Netherlands Ministry of Foreign Affairs, centred on building capacity for lobbying and advocacy that develops PfR work.

The five Dutch agencies came together with more than 60 local implementing partners in the South in 2011 to promote resilience through a unique approach that integrates disaster risk reduction, climate adaptation and ecosystem management and restoration.

One success story out of thousands, cited in a new publication on the table at the conference, is John Nangiro, newly established as a bee-keeper, and his family in the Napak district of Uganda’s Karamoja region.

“The 2013 harvest coincided with the birth of our new baby and we needed funds to clear the hospital bill,” John told PfR workers recently.

“With my previous income, my wife and baby would have been detained at the hospital for failure to clear the medical bill. The cash from honey provided a way out for us.”

Bee-keeping is one of several diversification projects supported by PfR in Uganda, along with seeds that resist drought and mature early, vegetable production, and goat-rearing; energy-saving stoves and tree nurseries helped roll back ecosystem damage from charcoal burning.

A small selection of other highlights from PfR countries:

*Guatemalan communities and the environment around them benefitted from wood-saving stoves and eco-filters to reuse water; vegetable gardens help them get through periods when harvests were affected by prolonged drought.

*PfR in Kenya helped communities plan for disasters and chart the fastest possible course back to normality; the programme supported the Waso River Users Empowerment Platform, bringing together 40 civil-society groups along the river.

*At least 4,600 community members in Mali improved their livelihoods by restoring degraded land and introducing drought-tolerant seeds and rain gauges to help farmers decide when to sow.

*Partners in Nicaragua facilitated a comprehensive plan for watershed management, in collaboration with municipalities and universities, to mitigate droughts and floods in the Inali and Tapacali river basins.

*Forty-four communities in the disaster-prone Philippines made preparedness and risk reduction plans; drills to test their effectiveness have been carried out in schools and communities.

At what is effectively the halfway point in the decade-long PfR alliance, “the results and recognition we have gained together make me incredibly proud, and you can be proud also of what has been achieved,” Juriaan Lahr, NLRC Head of International Assistance, told delegates at the opening plenary session at The Hague’s central Koorenhuis venue.

The 2015 global conference would link the current programme and its successor, he added, and while the alliance would “continue working in integrated risk management, the focus is now on lobbying and advocacy…and discussing successes and challenges will better prepare us to determine what we will lobby about.”

It was especially important to put “people and planet at the heart of everything we do”, Lahr said, and encourage others to do the same.

Resilience itself is a key component of the post-2015 development landscape after ambitious new global goals were agreed at the UN last month.

PfR promotes four key “building blocks” for resilience at levels from households up to landscapes – encouraging communities to anticipate the risks they face, respond when disaster strikes, adapt to changing risks and livelihood options, and transform risks by addressing root causes together with local authorities.

The partners have been steadily documenting experience through writeshops, newsletters, websites and social media in the hope these stories will inspire practitioners to adopt the integrated management of risk.

The conference in The Hague was Thursday hearing addresses from Kees Rade, the Dutch government’s Ambassador for Sustainable Development, and Gijs de Vries, NLRC Director.

It will also include panels on other major international partnerships focused on resilience, including the IFRC’s One Billion Coalition and the UK-supported BRACED initiative, that bridge the climate, development and humanitarian agendas.

There are “ignite sessions” sessions for individual PfR countries, interactive dialogues on tools for communities, and a world café.

Ugandan bee-keepers practice their skills as part of the PfR programme in the country. Their experience was detailed in a case study at a Nairobi writeshop that documented five years of work in Ethiopia, Kenya and Uganda. (Photo: Kocho Justin Bob/Ecological Christian Organisation-Uganda)