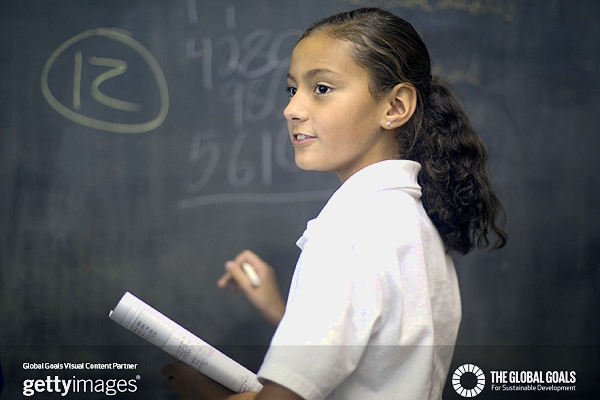 A three-day summit to adopt an ambitious new sustainable development agenda for humanity post-2015 was starting at UN headquarters in New York today, attended by more than 150 world leaders.

The 17 new Sustainable Development Goals (SDGs) and 169 associated targets have been agreed by the 193 Member States of the United Nations.

Together with a formal declaration (out now in draft form), a section on implementation and global partnership, and a framework for review and follow-up, they make up the “Transforming Our World: 2030 Agenda for Sustainable Development”.

This would “serve as the launch pad for action by the international community and by national governments to promote shared prosperity and well-being for all over the next 15 years,” according to a report on the UN news service.

“We will no longer have a North-South conversation about what the North is doing for the South, but what we are doing for each other,” Amina Mohammed, the UN Secretary-General’s Special Adviser on Post-2015 Development Planning, told a news conference.

“Clearly anything that happens anywhere in this world has fallout in many other places – from the global financial crisis to conflict and migration, we feel it everywhere – to natural disasters and climate change.”

Agenda 2030 is seen as highly relevant to the work of the IFRC and National Societies, covering much of the Red Cross Red Crescent mandate and chiming with the IFRC’s humanitarian values and focus on the most vulnerable with its pledge “that no one will be left behind”.

Its adoption Friday was being preceded by an address to the General Assembly by Pope Francis.

The special UN summit in New York is also being attended by the IFRC Secretary General Elhadj As Sy.

The 2030 agenda is also “expected to positively affect the negotiations on a new meaningful and universal climate agreement [at COP 21] in Paris this December,” the UN report added.

Goal 13, while acknowledging that the UN Framework Convention on Climate Change is the primary relevant international forum, provides for “urgent action to combat climate change and its impacts”.

“The SDGs are crucial to the future of resilience,” said Climate Centre Director Maarten van Aalst, also in New York, “starting with the first goal on eradicating poverty.

“Resilience work and programmes like the IFRC’s One Billion Coalition, Partners for Resilience, and the UK-supported BRACED initiative bridge the climate, development and humanitarian agendas, highlighting that ‘development as usual’ will not get us where we need to be amid the rising risks.”

Quality education for everybody is SDG number 4. (Photo: Getty Images via the Global Goals Campaign.)