‘The 3As’: A framework to track resilience to climate extremes and disasters 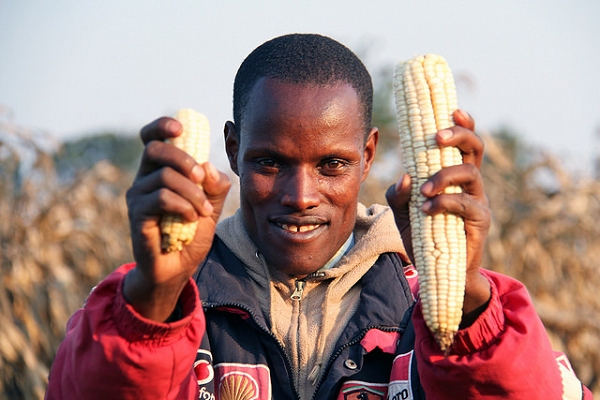 Resilience generally denotes the ability of social systems to function and flourish despite disturbances.

In spite of a consensus on this basic definition, how we measure and evaluate resilience is not universally agreed, creating wide differences in the operationalization of resilience across development programmes.

The Building Resilience and Adaptation to Climate Extremes and Disasters (BRACED) programme is comprised of 15 projects working across 13 countries to improve resilience against climate extremes.

Researchers in the knowledge-management arm of BRACED have addressed the resilience challenge, and in their first working paper, The 3As: tracking resilience across BRACED, present a new framework to track changes in a wide range of contexts.

The message is simple: existing and highly diverse interpretations of resilience can be distilled into the capacity to absorb, anticipate and adapt to climate extremes and disasters – “the 3As”.

*Anticipatory capacity is the ability of social systems to anticipate and reduce the impact of climate variability and extremes through preparedness and planning. Forecasting droughts and cyclones using early-warning systems, for example, enables communities to reduce damage.

*The ability to cope with the impacts of climate variability and extremes is known as absorptive capacity. This is exercised during and after a disturbance to reduce the impact on people’s livelihoods and basic needs.

*Adaptive capacity is the ability of social systems to adapt to multiple climate-change risks and learn and adjust after a disaster. It is taking planned decisions to achieve a desired state, even when conditions have changed or are about to.

BRACED projects will be tracking communities’ anticipatory capacity by analysing their ability to prepare for climate events, as well as assessing the systems in place for communicating information on imminent threats; their absorptive capacity through access to savings, insurance, micro-credit and social support; and the last of the three through the degree to which their livelihoods are able to withstand climate extremes and disasters.

A lot has been written about resilience in recent years. There is a growing interest in the concept of transformation, as researchers and practitioners are asking how to go beyond incremental adjustments to deal with climate extremes and disasters.

Within BRACED, transformation is understood to mean the holistic and fundamental ways in which people’s capacity to anticipate and absorb shocks can be enhanced.

Our projects will try and understand the likelihood of transformation by looking at the development of community leadership, the empowerment of women, and the degree to which decision-making processes are inclusive.

It will also track transformation by looking at the ability of communities to effect wider change by participating in planning and policy processes.

Finally, changing the status quo is vital to transformation, and BRACED will gauge the degree to which innovative technologies and process are being used; examples include cellphone-based early warning and hazard-indexed micro-insurance.

As communities cope with the challenges that disasters and climate extremes bring, strengthened capacity to prepare and respond is saving lives and livelihoods.

The 3As and transformation provide a framework to tangibly measure the degree to which communities in some of the world’s most marginalized regions become resilient to climate extremes and disasters.

It provides a way for people to share experience and stories by orientating them around three very commonsensical capacities.

Wema Ako, a farmer from Long village in Babati, Tanzania, is among those taking part in field research on new fertilizers at the Selian Institute. (Photo S. Malyon/CIAT)