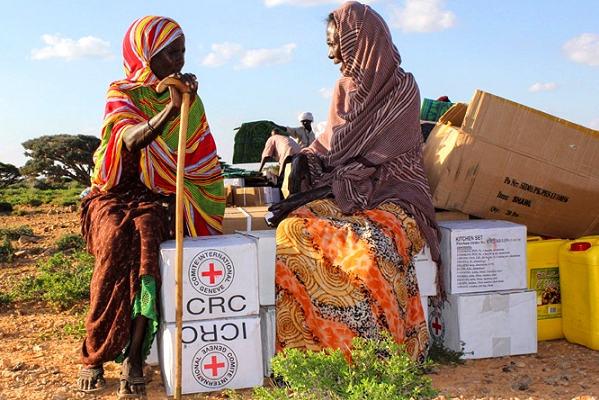 (This story was first posted on the website of the Nairobi-based Somalia Water and Land Information Management unit of the UN Food and Agriculture Organization. It has been edited slightly here for length.)

Much higher than normal rains in the last third of 2015, resulting from the El Niño climate phenomenon, could reverse many of the humanitarian and development gains made in southern parts of Somalia since the Horn of Africa nation was affected by one of the worst famines in 2011, experts have warned.

El Niño, a warming of sea-surface temperature in the Pacific Ocean, occurs every few years and is associated with very heavy rainfall in East Africa  and drought-like conditions in other parts of the region.

The scale of impact varies, but experts from the UN’s Food and Agriculture Organization (FAO) warn that this year’s El Niño could match the intensity of recent severe El Niño weather-events, including the 1997–98 weather patterns which left large parts of southern Somalia underwater and killed 2,000 people.

“If El Niño conditions materialize an estimated population of 900,000 people living in the riverine areas of the Juba and Shabelle rivers inside Somalia are likely to be affected by the floods.”

The early warnings have spurred people into action. “We all learnt the importance of converting early warning into effective early action following the devastating 2011 famine,” said Richard Trenchard, the head of FAO in Somalia.

“We welcome the commitment of a number of governments, including the UK and US to make resources available or allow humanitarian partners – including FAO – to begin planning for possible heavy flooding soon after the first warnings appear,” he added.

Humanitarian partners are now working together to identify possible preparatory and early response actions that will strengthen the ability of households in possible flood-affected areas to better prepare, respond and recover from major flood-events, should they occur.

Following the 2011 famine that killed an estimated 260,000 people, Somalia has seen a steady improvement of its food-security situation.

But 731,000 people are still estimated to be severely food-insecure, requiring urgent humanitarian assistance and livelihood support, according to FAO’s Food Security and Nutrition Analysis Unit for Somalia (FSNAU).

Another 2.3 million people are classified as “stressed” (IPC Phase 2) and require interventions to protect their livelihoods and build their resilience to prevent them from falling back into crisis or emergency conditions.

Many children remain acutely malnourished, despite a small decrease in their numbers since July 2014; in particular IDPs continue to be very hard hit with little prospect for improvement.

“Against this backdrop of fragility and very low household resilience-levels, we fear Somalia could be very hard hit by massive flooding and the burden on Somali communities still recovering from impact of drought, conflict and disease,” said Daniel Molla, the chief technical advisor of FSNAU.

The El Niño in 1997–98 was the worst in recent memory. It caused massive flooding along the Jubba and Shabelle rivers in Somalia, led to major animal disease outbreaks, which contributed to a long-lasting export ban in 1999 resulting from Rift Valley fever, an animal disease associated with flooding and prolonged wet conditions.

With over 65 per cent of the Somali population depending on livestock, the sector is likely to be very badly hit.

Food production, mostly along Jubba and Shabelle rivers, is also likely to be dramatically affected, at least in the short term.

FAO and others are calling for urgent early action to prepare people for flooding and enable fast recovery.

Dhir Waraabe and Asha Biid (right) chat after getting humanitarian aid in the late-2013 cyclone and floods that forced some 10,000 Somali families to flee their homes, contaminated wells, and ruined crops. The ICRC and the Somali Red Crescent distributed emergency aid to more than 4,000 of the most vulnerable families. El Niño-related floods may now threaten hard-won gains in Somalia. (Photo: ICRC/Fatuma Abdullahi)