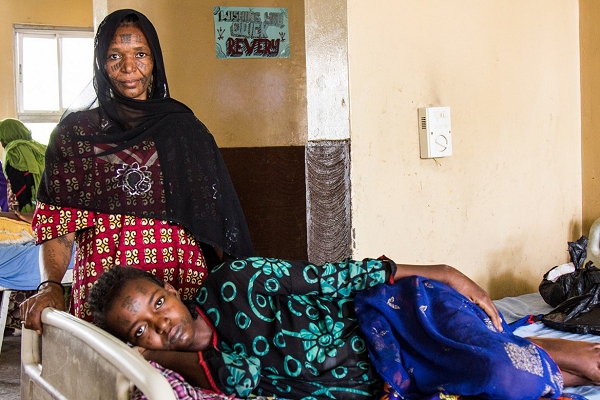 The first newsletter produced by the knowledge-management component of the “BRACED” climate-resilience programme – supported by the UK Department for International Development (DFID) – was issued last week.

BRACED – Building resilience and adaptation to climate extremes and disasters – will “directly benefit up to 5 million vulnerable people, especially women and children, in developing countries by helping them become more resilient to climate extremes,” says the British government website.

Readers can subscribe to receive the newsletter by email.

“Work on BRACED – an innovative effort to improve climate resilience in some of the world’s most vulnerable places – is picking up speed,” said Laurie Goering, climate editor at AlertNet and Head of the Climate Programme at the Thomson Reuters Foundation, a BRACED partner organization.

“We hope the newsletter will get increasingly more exciting as our activities continue to produce results.

“It provides compelling news in English and French on how communities are dealing with climate change.”

Katie Peters, Deputy Team Leader for BRACED knowledge management, of which the Climate Centre is a consortium member, said in her introduction to the newsletter: “The current international policy environment makes programmes such as BRACED all the more important.

BRACED knowledge management works to “improve the quality and uptake of evidence and learning on resilience”, Peters writes.

“The step change that’s been taken to invest in generating new knowledge demonstrates the shift in donor thinking [recognizing] that in order to achieve change we need to work differently.”

The top story in the BRACED newsletter features an expert report commissioned by G7 governments which argues that politically fragile countries face collapse due to climate impacts, while even stable ones may find coming shocks too big to manage.

The report – A New Climate for Peace, Taking Action on Climate and Fragility Risks – calls climate change “the ultimate threat multiplier”, adding that it should be a top G7 priority.

As food and water security worsen in many fragile nations, “you can see the climate thread” in social upheaval from Egypt’s 2011 revolution to the rise of Boko Haram in Nigeria, according to said Dan Smith, a report co-author and the head of International Alert, quoted in the newsletter story.

But current work to protect food security, reshape water-sharing agreements, and reduce the risks from extreme weather disasters could play a “huge role” in reducing future conflict and instability, it adds.

Both vulnerable and stable countries would benefit as they attempt to deal with problems such as uncontrolled migration, rising bills for emergency relief, and demands for military assistance in conflict zones, according to the G7 report.

Among other stories featured in the BRACED newsletter is the Climate Centre’s report from June on Climate Services for Resilient Development – an international public-private partnership announced by the Obama administration to help developing nations vulnerable to climate impacts boost their resilience.

The American Red Cross – one of eight founding partners – and with it the global Red Cross Red Crescent Movement will leverage staff and resources already operating in initial focus countries of Bangladesh, Colombia and Ethiopia.

Visiting ICRC President Peter Maurer in May described the humanitarian crisis triggered by the conflict between Boko Haram and the army in north-east Nigeria as one of the worst in the world. In the picture, a woman watches over her sick daughter at the main hospital in Maiduguri – the epicentre of the fighting – where the ICRC, one of the few international organizations on the ground, is providing assistance. A “climate thread” runs through social upheaval from Egypt’s 2011 revolution to the rise of Boko Haram, says the author of a report featured in the first BRACED knowledge-management newsletter. (Photo: Jesus Serrano Redondo/ICRC)