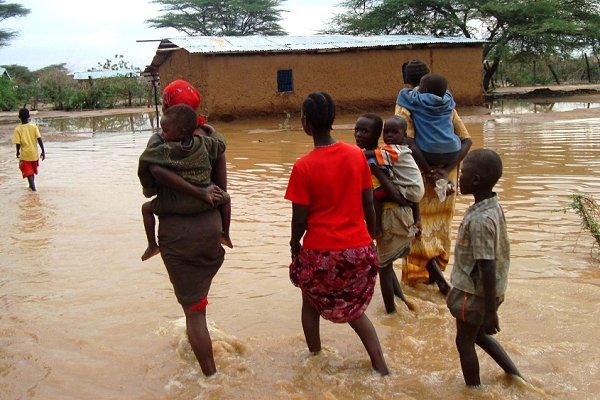 The International Research Institute for Climate and Society (IRI) at Columbia University’s Earth Institute has raised the probability of the current El Niño in the Pacific persisting, adding that it’s now of “moderate” strength.

The El Niño phenomenon, which can trigger significant weather-related humanitarian impacts worldwide, further intensified over the past month.

The May seasonal forecast from IRI – an IFRC partner organization – said there was a 97 per cent chance of a “weak to moderate” El Niño for the May-July period, and put the chances of it persisting to the end of the year at 80 per cent.

However, IRI cautions that these odds only indicate the chance of “at least weak El Niño conditions occurring, with no indication of strength” above that.

The Climate Centre’s climate specialist Erin Coughlan, based at the IRI, said: “Humanitarian organizations should keep an eye on these forecasts – we are seeing some strong warnings of very dry conditions in some regions, and very wet conditions in others.

“These forecasts are only expressions of probability, but they provide an important heads-up for preparedness.”

The El Niño advisory issued in March by the National Oceanic and Atmospheric Administration’s (NOAA) Climate Prediction Center and IRI is still in effect.

Forecast uncertainty is now decreasing, say scientists, because the end of the northern spring predictability barrier is approaching.

IRI’s seasonal climate forecasts for the whole world – linked by the IFRC and Climate Centre – take Pacific warming (“El Niño”) and cooling (“La Niña”) into account, offering projections of where above- or below-normal temperatures and rainfall are likely.

The June forecast continues to show a strong likelihood of drier-than-normal conditions over Indonesia, north-east South America, and parts of Central America and the Caribbean.

There are also increased odds for dry conditions in parts of West Africa, central China, south-west India and eastern Australia.

However, these were not necessarily more disastrous than in other years – just easier to attribute to El Niño.

In January 2010, thousands of Kenyan villagers were forced to take refuge on high ground after abnormal rains attributed by local meteorologists to El Niño warming in what is statistically the driest month of the year. (Library photo: Kenya Red Cross)