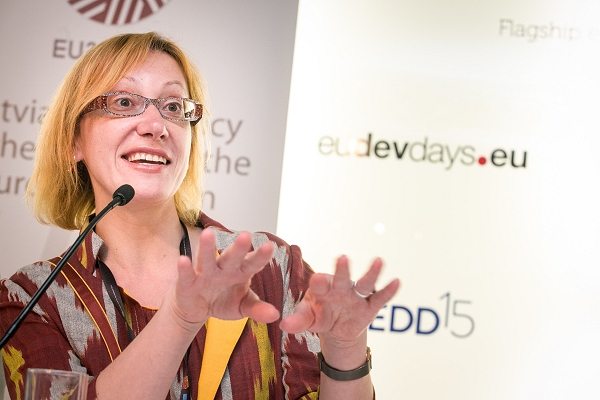 More than 5,000 decision-makers and specialists gathered in Brussels this week for Europe’s leading forum on global development and cooperation: European Development Days (EDD15).

It comes at “a critical juncture for the future of the planet”, with key decisions on the follow-up to the Millennium Development Goals expected at the development finance conference next month and pivotal UN climate talks in Paris in December, according to a press release yesterday from the European Commission.

“This is a now or never moment for the international community,” said Commission President Jean-Claude Juncker.

“For the sake of the planet and its people, it’s time to take bold decisions to put the world on a path towards sustainable development and eradicate poverty once and for all.”

The two-day EDD15 forum, which ended yesterday and included participants from at least 140 countries, is the flagship event of the European Year for Development, whose motto – “Our world, our dignity, our future” – was to be reflected in the main themes of the Brussels forum.

As well as the Red Cross EU Office in Brussels, senior figures from the German Red Cross and – among the Partners for Resilience (PfR) – the Netherlands Red Cross and the Climate Centre as well as Wetlands International also took part in EDD15.

“Our ‘lab’ grouped the world’s largest humanitarian organization, the Red Cross Red Crescent, and the largest development institution, the World Bank, with environmentalist colleagues from Wetlands to swap valuable notes how the humanitarian-development gap can be bridged to strengthen resilience,” said Van Aalst.

“It means good exposure for Partners for Resilience – now getting into its second phase – and cutting-edge humanitarian concepts like ‘forecast-based financing’, which has just been endorsed by the Netherlands government, the second after Germany to do so, and is now moving forward in Africa.”

The lab’s main key message was that despite decades of investment, the social and economic costs of disasters continue to rise – particularly among poor communities in developing countries.

Persistent poverty, environmental degradation and unplanned urbanization, among other factors, increase exposure and vulnerability, while climate change compounds the risks, confronting millions of vulnerable people with threats to the security of health, food and water, and livelihoods.

“To tackle this,” according to a brief issued before the Thursday afternoon discussion, “a much stronger focus is needed on poverty reduction and addressing the underlying causes of vulnerability, including through ecosystem management.”

It added that empowering women is a “critical ingredient” for building resilience. “Women are often the designers and builders of community resilience at the local level.”

One of the main highlights of EDD15 is an agreement for €1.3 billion in new regional funding for EU cooperation with Southern and Eastern Africa and the Indian Ocean, up to 2020.

It was co-signed in Brussels yesterday by the European Commissioner for International Cooperation and Development, Neven Mimica, and the leaders of five regional organizations representing 29 African countries.

“We will now be able to launch programmes in key sectors of regional cooperation such as peace and security, economic integration and the management of natural resources,” said Mimica.

Iluta Luce, head of the Riga-based Resource Center for Women, speaks at an EDD15 side-event on empowering women in Central Asia. Another panel, moderated by the Climate Centre, heard that women are a “critical ingredient” for building resilience worldwide. (Photo: European Commission)