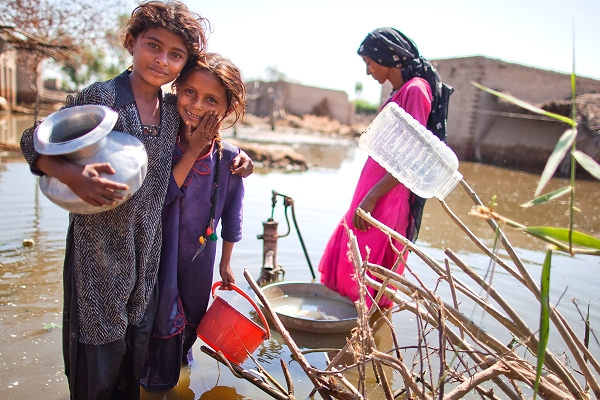 The United Nations Association-UK (UNA-UK) yesterday released a major report, Climate 2020, on the new global framework due to be agreed at the COP 21 UN climate talks in Paris in December.

Also available as an online resource, it includes articles from over 50 expert contributors and examines the prospects for COP 21, “including the potential for interaction between the proposed climate agreement and the Sustainable Development Goals,” says the UNA-UK website.

Contributors include Christiana Figueres, Executive Secretary of the UN Framework Convention on Climate Change (UNFCCC), and Laurent Fabius, the French foreign minister and COP 21 president, as well as the IFRC.

The report’s release was timed to coincide with the start of the Bonn Climate Change Conference; it builds on two earlier reports by UNA-UK that focused on the post-2015 development agenda.

“Every day, the IFRC is confronting the impacts of climate change through its work with vulnerable communities around the world,” writes IFRC Asia-Pacific zone director, Jagan Chapagain, in an article for Climate 2020 entitled “Protecting the most vulnerable”.

He adds that the IFRC’s network of National Societies and volunteers gives it “unique perspectives” on the humanitarian consequences of changing weather and intensifying climate-related disasters.

The IFRC has also been translating climate science into action on the ground, he says, helping communities adapt to the impacts of climate change.

“The need for humanitarian action is beyond doubt,” Mr Jagan argues.

He recalls that recognition of the “interaction between climate change adaptation and humanitarian action” dates back at least to the 27th International Conference of the Red Cross and Red Crescent in 1999.

This was followed by the 2002–2003 plan of action, while the Red Cross Red Crescent Climaate Centre was established by the IFRC in 2002, hosted by the Netherlands Red Cross in The Hague.

Now the IFRC’s Strategy 2020 calls for a contribution to adaptation through scaling-up disaster risk reduction (DRR) measures, and – through advocacy and social mobilization – to mitigation.

The articles in the report provide “ideas, practical actions, analysis and case studies on how to develop a climate framework that is equitable, achievable and able to deliver long-term benefits to all,” says UNA-UK.

UNA-UK believes that a “strong, credible and effective UN is essential if we are to build a safer, fairer and more sustainable world,” according to its website.

It is a British charitable company, and not an actual part of the UN.

A family collect water from a pump in a makeshift camp in Pakistan’s southern Sindh province during severe monsoon floods in 2011. The photo illustrates an article by IFRC Asia-Pacific zone director, Jagan Chapagain, in the new Climate 2020 report from the UNA-UK. (Photo: Olivier Matthys/Pakistan Red Crescent-IFRC)