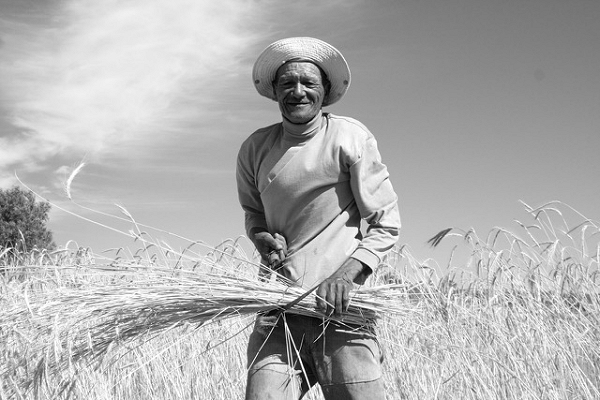 A new handbook book has been compiled by programme managers from Ethiopia, Germany and South Africa jointly drawing on their experience of supporting local communities in adapting to increasing climatic variability and change.

The book-length 2015 Participatory Action Handbook, coordinated and published by Climate Centre partner Indigo Development & Change and the Environmental Monitoring Group (EMG), both South Africa-based, was “written…to meet the widely expressed need amongst practitioners for a comprehensive tool that will support practical adaptation interventions,” according to the Indigo website.

“If you are engaged in supporting members of communities affected by rapid environmental or other forms of disruptive change,” it adds, “this book will provide you with useful insights and practical approaches and tools that can be used to enable them to adapt more effectively.”

The book’s approach is based on “participatory action research” (PAR), which recognises that the people affected by climate variability and change are not only primarily responsible for determining and implementing responses “but also have a right to do so”.

It argues that if they can be helped to benefit from suitable technologies, accurate information, state-of-the-art forecasts and supportive institutions, they are far more likely to do so in ways that are effective and appropriate.

“PAR enables people to engage in…reflection, learning, planning and action that broaden and deepen their abilities to respond to change, and enable them to participate more completely in managing their own affairs,” Indigo says.

Communicating information relating to changing climatic patterns and their probable impact is a crucial input into local adaptation.

The book’s four sections start with an overview of climate science, followed by a practical guide to adaptation interventions, then case studies of communities successfully enhancing resilience, and finally a selection of operational tools for practitioners.

In the first of the book’s three detailed case studies, farmers from eight communities in the Arsi Negelle district of Ethiopia’s Rift Valley – dependent on rain-fed agriculture and pastoralism and hence highly vulnerable to climate impacts – collaborated with experts from the University of Hawassa at a series of workshops in 2011–14.

At the end of the programme, the farmers were able to share insights into how they  utilized weather forecasts and apply the knowledge in their day-to-day practice.

The second centred on South Africa’s Northern Cape Province – an arid sandstone plateau for which climate models suggest later, shorter rainy seasons and an overall reduction in the winter rains on which the local ecology depends.

The failure of winter rains in 2003 was followed by three years of drought that threatened the very existence of the community.

Farmer Jakobus Koopman in his wheat field in South Africa’s Northern Cape. He’s been involved in finding adaptation strategies for more than a decade and took part in a PAR process to combine local and scientific knowledge to find new adaptation solutions. (Photo: Bettina Koelle/Climate Centre)