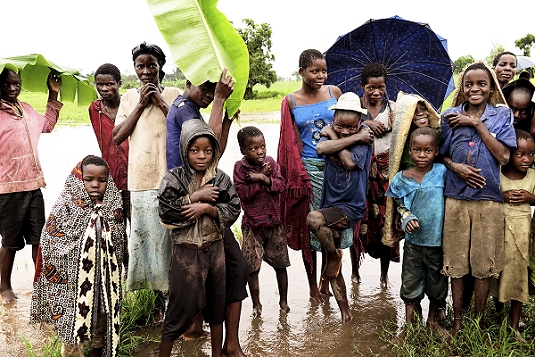 River flooding will “affect more people and cause significantly more damage by 2030” because of climate change and development, according to the first ever public analysis of current and future global risks of river floods.

The new Aqueduct Global Flood Risk Analyzer – believed to be the first comprehensive global survey of its kind – tracks potential human and material losses for every river basin in the world.

It was launched today by the Washington, DC-based World Resources Institute (WRI) through an international telephone press conference that included World Bank, Climate Centre and other experts.

WRI is a global research organization that “turns big ideas into action at the nexus of environment, economic opportunity and human well-being”, according to its website.

The Analyzer was the outcome of its collaboration with Deltares, VU University Amsterdam, the University of Utrecht, and PBL Netherlands Environmental Assessment Agency.

The new analysis finds that by 2030, those numbers could grow to 54 million people and just over $520 billion annually.

The tool shows current flood-risk for a location and then projects it into the future in terms of change in risk from both socio-economic factors and climate.

Floods comprised almost half of all disasters recorded in 2013, according to the IFRC’s World Disasters Report 2014, but river floods can be predicted to a significant extent, enabling early warning early action to limit impacts on communities.

“In a changing climate, people’s memory of historical floods doesn’t provide a good estimate of what the flood risk could be in years to come,” said Erin Coughlan de Perez, Senior Climate Specialist at the Climate Centre, who participated in the WRI press call.

“People need to evaluate those risks and take action quickly, not be surprised in the future.

“In Togo, for example, the Analyzer projects that people affected by flooding could double by 2030.

“Now the Togolese Red Cross is working with the German Red Cross and us on a highly innovative ‘forecast-based financing’ system that will trigger preparedness actions based on forecasts.”

Hundreds of thousands of people were displaced in Malawi earlier this year when rivers broke their banks after exceptionally heavy rain. But river floods can be predicted, and the Red Cross is working in Togo with German government support on a forecast-based financing system that will trigger preparedness actions based on forecasts.
(Photo: Lene Vendelbo/Danish Red Cross via IFRC)