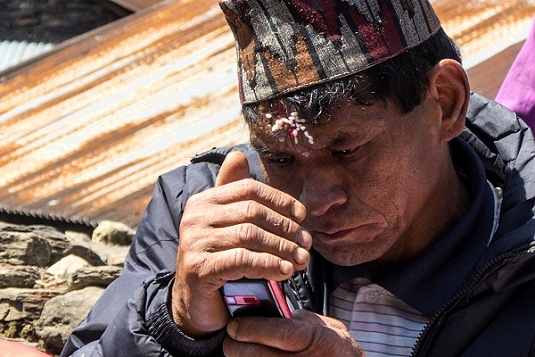 Warnings of extreme weather and climate threats in the developing world are rarely communicated in a way that is understood by farmers and other vulnerable local people, doing little to protect them from disasters, researchers say.

Forecasts of heavy rains, droughts or storms are often expressed in complex and technical language, and so communities do not make use of them, however accurate they might be, experts told a forum on disaster risk reduction in Antalya, Turkey, last week.

Local people are usually left out of efforts to gather information that could help keep them safe, and their knowledge is largely ignored by scientists, according to a major report on water-related disasters presented at the conference.

“While advancements in forecasting and in forecast technology have been noted, this study shows that early warnings alone are not enough for society to successfully avoid disaster,” said authors Michael Glantz and Marie-Ange Baudoin.

The report, published in November, looked at four regions including the Horn of Africa, the Hindu-Kush-Himalayan region and Central America.

“The whole question of how disaster predictions are communicated is one of the biggest preparedness and response problems observed,” said Glantz, director of the capacity building consortium at Colorado’s Boulder University.

Initiatives by weather-forecasting bodies to reach communities using local radio shows, for example, have had some success, but they have not gone far enough, the researchers said.

Other outreach methods that have begun to make a difference elsewhere include mobile phone text messaging, apps and video.

But in the Greater Horn of Africa region, a Climate Outlook Forum that produces seasonal forecasts has overlooked those “not directly concerned with the technological aspects of climate”, the study found.

The region’s climate forecasting body – the Intergovernmental Authority on Development’s Climate Prediction and Applications Centre – has done a good job of producing regular forecasts, but less so in getting them to those most at risk from extreme weather, it added.

“Weather experts need to involve local communities such as farmers…to provide more opportunities for interaction and feedback-sharing with end users,” said Baudoin, a researcher at the University of Cape Town.

Developing an early warning system alone is not enough for communities to avert disasters, where these are delivered without tailoring them for vulnerable groups, the report said.

The study, produced for the World Meteorological Organization and the US Agency for International Development, called for community education to be strengthened so that people know how to act on forecasts.

It urged greater interaction between scientists and communities to help forecasters understand the needs of local users and which language is best suited to communicating predictions.

That could “improve agricultural and policy decision-making to the great benefit of poor communities”, the study said.

In the Asian regions of the Himalayas and the Mekong river basin, information-sharing among different countries was found to be a big problem. India was cited as a country that withheld forecasts for “strategic reasons”, refusing to share them with neighbours Pakistan, Nepal and Bangladesh.

Many regional bodies, including the International Centre for Integrated Mountain Development based in Nepal, hardly involved local communities in gathering climate information, it added.

These organizations tend to consider local communities as “recipients of forecasts or potential victims of hazards” rather than drawing on their knowledge of local conditions, it said.

The authors called for stronger coordination in gathering information and sharing it between governments, climate bodies and civil society.

“Reliable warnings for communities depend on fast and reliable communications networks focused on local users, a difficulty actors in these countries are yet to overcome,” the study said.

A farmer in the Nepalese village of Dhodeni, Lamjung district, checks his phone. Mobile telephony in Nepal has meant a great leap in communication and coverage is rapidly expanding. Dhodeni faces a threat from flash floods, and greater awareness of the phone warnings available from the Department of Hydrology and Meteorology could help people activate contingency plans quicker. (Photo: Knud Falk/Danish Red Cross)