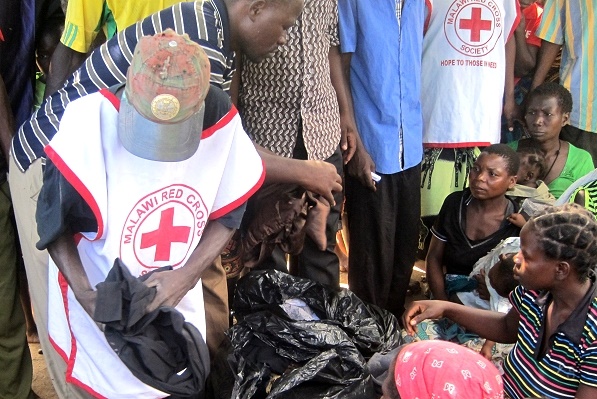 When global figures gathered in the Swiss resort of Davos last week for the annual meeting of the World Economic Forum (WEF) – its 45th – they were facing potentially the close of one era and the start of another.

In its introduction to the meeting, the Geneva-based WEF secretariat said ‘complexity, fragility and uncertainty’ could end the period of economic integration and international partnership that began in 1989, and would now involve major political, economic, social and technological transformation.

The result: an “entirely new” context for global decision-making.

Global Risks 2015, the featured WEF report released just ahead of Davos, placed conflict at the top of a list of global hazards by likelihood – to no one’s surprise, sadly, given the ongoing tragedy in the Middle East.

But next, and for the second year running, came “extreme-weather events”, while “water crises” – to a significant extent climate-related – topped the WEF’s parallel list of hazards assessed “by impact”.

In this crucial year for UN climate talks, which must produce a new global agreement in Paris in December, there can be no doubt that climate change is a very large component of the “complexity, fragility and uncertainty” that leaders and opinion-formers mulled over in their Alpine retreat.

The start of Davos coincided with not one but two events, both extreme in their own way, that we would be wise to view as warning shots from an increasingly volatile climate system.

Firstly, already-heavy seasonal rains in several Southern African nations seemed to conspire against the fragile country of Malawi, with an economy heavily dependent on small-scale agriculture and which has had its share of battles with climate impacts in recent years.

A deep low-pressure system that was crawling across Southern Africa dumped weeks' worth of rain in a few hours in parts of Malawi, making lethal flash floods inevitable, and triggering a major humanitarian emergency, with more than 50 lives lost and more than 120,000 people washed out of their homes

Last Wednesday, just as Davos opened, the IFRC launched an emergency appeal for US$ 3.2m to assist the relief operation by the Malawi Red Cross Society, including more than US$ 300,000 in fast cash.

Some climate sceptics, of course, might say: It rains in the rainy season. So what?

The key question is whether the unusual rainfall that Malawi has been facing is getting more frequent and extreme in a warming climate.

Such questions may be answered by the science of “climate attribution”, which we at the Red Cross Red Crescent Climate Centre are contributing to. In this new initiative, scientists are aiming to quickly provide indications of the role of climate change in current events – within days rather than months or years after the event.

In some cases, there may be no link; in others it may be weak or uncertain, and just as importantly that will also be clearly stated.

In the case of Malawi, with some caveats about the quality of climate modelling and natural variability between decades, preliminary analysis and current observations suggest there probably was a climate change component in this extreme-weather episode.

A second climate-related event also began to unfold last Wednesday, when waves generated by a “king tide” washed over the capital of the Marshall Islands, Majuro, and some outlying islands in the Pacific, leaving flooded homes and debris in their wake, but thankfully no deaths or injuries.

They came again early next morning and in the evening, all the time diminishing in strength, local Red Cross delegates tell us, but highlighting just how fragile life is in this remote Pacific region.

Marshall Islanders need little reminding that they live on the front line of climate change: no part of any atoll is more than two metres above sea level, so any change in climate or weather patterns can have a devastating impact.

The Marshall Islands usually experience king tides around this time of year, and the highest of them is actually due next month. Nothing to do with climate, of course. But what is believed to be climate-related is the sea level affecting the Marshall Islands.

Globally, sea levels have been rising by an estimated 1.9 mm a year over the past century, and this is accelerating; it will certainly have contributed to local rises in sea levels around the Marshall Islands of 7 mm.

While we follow the science closely, we in the humanitarian sector are primarily concerned with climate impacts. These never result from a weather event alone. They are the product of interactions between hazards and levels of exposure and vulnerability – of both ecosystems and human societies.

Even very heavy rain does not necessarily generate a flood. So while we are concerned about the rising risks of extremes and the need to address the root causes of global warming, our strategy is to help communities build resilience.

Key to those efforts is ensuring people can anticipate the risks they face better, and prepare for inevitable shocks. Red Cross Red Crescent societies have an important role to play at the interface between national meteorological services and local communities.

A new project involving at least 14 Pacific island nations, for example, will help improve the way weather and climate information is delivered, understood and acted on by communities living with climate impacts, and first-responders who have to pick up the pieces during and after climate-related disasters.

In Africa, we are working with providers of climate services to pilot new systems that will make funds available not after a disaster has happened – as in the case of the current Malawi appeal – but as soon as a forecast raises the likelihood of one above an agreed threshold.

Ultimately the global climate issue will be settled (or not) by governments, not humanitarian agencies. But project by project, country by country, year by year, we can all gradually get better at seeing round corners, as it were, and helping communities predict, withstand and, if needs be, recover from climate impacts.

Weeks of heavy rain and floods have left hundreds of thousands of people homeless in three Southern African nations. Some are sleeping in schools and churches or in the open. The IFRC has launched emergency appeals for Malawi (pictured) and Mozambique. (Photo: Malawi Red Cross via IFRC)