What’s in it for them? New CDKN ‘resource pack’ on climate change in Africa and South Asia 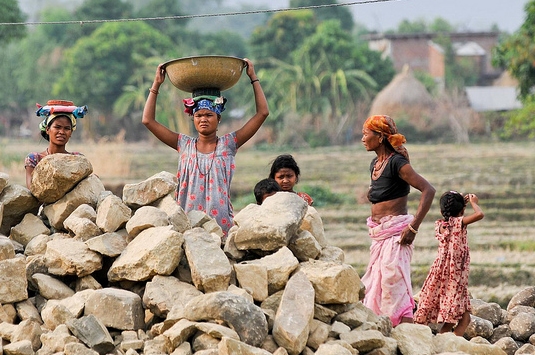 The pack includes two publications that distil the key findings of the IPCC’s Fifth Assessment Report (“AR5”) for Africa and South Asia, and free infographics, images and slides for communicators.

“The pack supports a series of public dialogues on the findings of AR5 which CDKN is organizing with the IPCC in Bangladesh, Ethiopia, India, Kenya, Pakistan, and Uganda” this month and next, said Mairi Dupar, CDKN’s UK-based Global Public Affairs Coordinator.

She adds: “It is also intended to help journalists and other communicators, policy-makers, development workers, civil society groups and businesses spread the IPCC’s messages in their professional communities and integrate its findings in their work.”

“Production of wheat and maize in parts of Africa has been impacted by climate change,” says CDKN, “as has the productivity of fisheries of the Great Lakes and Lake Kariba and fruit-bearing trees in the Sahel.”

What’s in it for South Asia looks at how rising global sea levels affect South Asia just as most river deltas in the region are subsiding as a result of groundwater extraction, floodplain engineering and the trapping of sediment by dams.

Both reports were compiled by experts from CDKN itself and the Overseas Development Institute, the UK’s leading think tank on development and humanitarian affairs, and include substantive input from the Climate Centre.

The infographics and presentations available with the media toolkit are intended to be used for educational purposes and to generate discussion.