In fight against extreme poverty, World Bank to screen investments for ‘climate and disaster risk’ 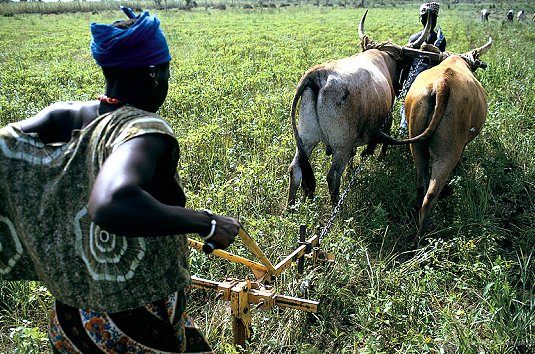 As of this month, US$ 52 billion of new development investment in the World Bank’s programme for the poorest countries – the International Development Association (IDA) – is to be screened for climate and disaster risks.

The IDA was established in 1960 to provide credits and grants to promote economic growth, complementing the Banks’s original lending arm, the International Bank for Reconstruction and Development that provides “loans and advice to middle-income and creditworthy poor countries,” according to the World Bank website.

IDA is now one of the largest sources of assistance for the world’s 82 poorest countries, says the Bank; half of them are in Africa.

As part of the conclusions of an international process to agree the 17th successive replenishment of the fund – “IDA17” – all new IDA operations are to be screened and where risks exist “appropriate resilience measures” will be integrated.

Among other climate-related steps announced as part of IDA17, World Bank Country Partnership Frameworks will incorporate climate and disaster risk into analyses of  countries’ development priorities.

“This is a major step forward in helping the poor and most vulnerable…prepare for the impacts of our rapidly warming world,” says Jane Ebinger, manager for the Climate Policy and Finance Team of the World Bank, writing on its website.

“Bank staff can now access a new suite of online tools to help them identify potential risks to the projects and country plans they’re working on.”

The screening tools “provide due diligence at the early stages of project design to ensure climate and disaster risks are flagged,” according to Ebinger.

“Screening is a first but essential step to make sure that these risks are assessed and managed as we work on climate and disaster-resilient development.”

Climate Centre Director Maarten van Aalst also serves on the external advisory committee for the World Bank’s climate portal – a foundation of the risk screening, and he helped review the new tools as part of the World Bank’s formal approval process.

Consultation on the tools also included many of the Bank’s own sector experts, as well as regional development banks and other development partners working with similar screening resources.

The World Bank says economic losses from disasters are rising – up from US$ 50 billion each year in the 1980s to just under US$ 200 billion annually over the past decade – three quarters of them the result of extreme weather.

“It’s increasingly clear that to end extreme poverty we have to build resilient communities and mitigate shocks, like climate and natural disasters,” says Jane Ebinger.

“As more and more people move to cities built on flood plains and along coastlines in search of jobs and opportunities these trends will continue to rise.

“While all countries are impacted, developing nations bear the brunt of mounting losses in lives and livelihoods from increasingly severe floods, droughts and storms.”

The US$ 52 billion IDA17 agreement was reached by a coalition of developed and developing countries at a final meeting in Moscow last December.

A woman in Mali ploughs her fields. Some 1.1m hectares of forest were brought under sustainable management between 2004 and 2012 – among the IDA’s “key achievements” in the climate category listed by the World Bank. Nearly 1.3m energy-efficient improved stoves and a similar number of lamps have also been distributed.
(Library photo: Ray Witlin/World Bank)