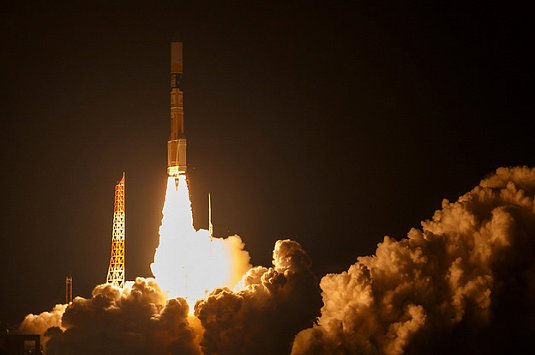 The world yesterday entered what the US National Aeronautics and Space Administration calls “a new era” of global weather observation and climate science with the launch of its Global Precipitation Measurement (GPM) Core Observatory satellite.

GPM, a joint mission by NASA and the Japan Aerospace Exploration Agency (JAXA), was launched from Tanegashima Space Centre in Japan.

The satellite will collate data from a constellation of other satellites to provide “near real-time observations of rain and snow every three hours anywhere on the globe,” a NASA news release added.

The data will be available to scientists studying “climate change, freshwater resources, floods and droughts, and hurricane formation and tracking”.

“GPM may open up great opportunities for us, but there’s still a lot of work to be done by humanitarians to realize the full benefits on the ground for most vulnerable people,” says Erin Coughlan de Perez, a senior technical adviser with the Climate Centre.

“We’ve been using a predecessor to GPM – the TRMM satellite – to try to understand rainfall patterns in many places, and we hope to be able to use GPM measurements to set up early-warning of floods.”

The GPM Core Observatory will orbit just over 400 kilometres above Earth at 65 degrees to the equator, allowing it to observe precipitation from Arctic to Antarctic Circles, including weather systems that behave differently during the day and at night.

The GPM Core Observatory was carried into space on an H-IIA rocket provided by JAXA. (Photo: Bill Ingalls/NASA)