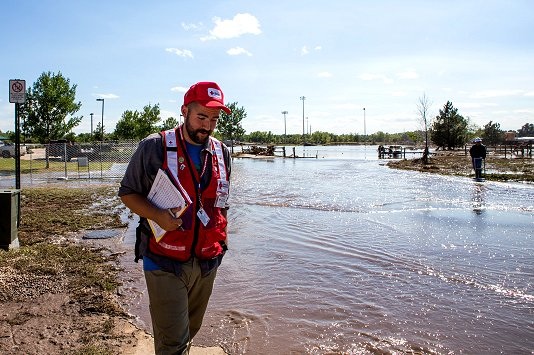 An executive order from President Obama on climate impacts earlier this month requires federal agencies to work closely with states to build resilience against weather extremes such as floods and droughts.

The order, Preparing the United States for the Impacts of Climate Change, was issued on 1 November and comprises nine sections, one of which establishes a new inter-agency Council on Climate Preparedness and Resilience.

Communities already facing economic or health-care challenges were often the ones most impacted by these risks, according to the executive order.

Managing them, it adds, required planning “by the Federal Government, as well as by stakeholders, to facilitate Federal, State, local, tribal, private-sector, and nonprofit-sector efforts to improve climate preparedness and resilience.”

The American Red Cross (ARC) said the order is consistent with its efforts to strengthen preparedness to deal with the impacts of climate change.

The report noted that although earthquakes and hurricanes get most media attention, “more than 80 per cent of the 240 million people affected by disasters every year are impacted by floods, droughts and other climate-related disasters that rarely make big headlines.”

Because preparedness saves lives and resilient communities are better able to recover from crises, the American Red Cross continues to focus increased investments in reducing risks and readying communities before disaster strikes.

The ARC and the International Federation recently set up the Global Disaster Preparedness Center (GDPC) as a reference point for innovation and learning in disaster preparedness for the Red Cross Red Crescent worldwide.

He said: “The call for US agencies to promote strong partnerships and information sharing at all levels of government, risk-informed decision-making, and planning for preparedness very much chimes with Red Cross Red Crescent thinking.”

A White House infographic says 2012 was the second most extreme year on record in the US.

Droughts, wildfires and floods were all “more frequent and intense,” it says; 2012 was the warmest year on record in the US; 356 record temperatures were tied or broken; and a third of the population experienced 100-degree Fahrenheit temperatures for at least ten days.

The US also intended to take on “a leadership role in engaging the world’s major economies to advance key climate priorities and in galvanizing global action through international climate negotiations,” said the White House summary of climate issues.