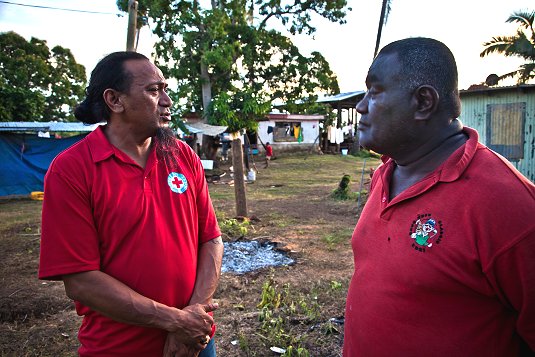 This year’s session, the 19th, of the Conference of the Parties to the United Nations Framework Convention on Climate Change (UNFCCC) has opened at the National Stadium venue in the Polish capital, Warsaw.
“COP 19” is the last but one round of UN climate talks before the 2015 deadline set by negotiators for a global agreement on targets for curbing greenhouse-gas emissions within five years.
Last month, UNFCC Executive Secretary Christiana Figueres said governments had to “walk out of Warsaw knowing…they are in a position to put their national contribution on the table towards a global solution.”
In a speech at the UK think-tank Chatham House, she said that “before we get to 2015, I would like to very clearly underline that 2014 is the critical year.”
The Polish Minister of the Environment, Marcin Korolec, assumed the presidency of the UNFCCC process on the first day of COP 19 and will hold it until COP20 next year.
Poland “is committed to strengthening the multilateral global climate process in accordance with the principles of transparency, inclusiveness and full participation…”, according to the host website.
COP 19 lasts for two weeks, ending on Friday 22 November, and overlaps with the meeting in Sydney, Australia from 12–15 November of the IFRC’s General Assembly, its governing body, when National Societies discuss humanitarian challenges and decide future strategy.
Engaged
The IFRC is, however, sending a 30-strong delegation to COP 19 in Warsaw, comprising 15 National Society members with an interest in climate and technical specialists from the IFRC secretariat and the Climate Centre, headed by Evgeni Parfenov, the IFRC Europe zone’s Head of Operations.
The IFRC – National Societies, secretariat and the Climate Centre – has been actively engaged in the COP process for at least a decade in an effort to highlight the humanitarian impacts of climate change.
“It’s vital for humanitarians to be involved in the COP discussions,” said Walter Cotte, IFRC Under Secretary General, Programme Services Division.

“It offers an opportunity for our National Societies to work with their government counterparts on common objectives for climate-related issues.

“Climate change increases both the risk and consequences of disaster for millions of vulnerable people; spreading the knowledge and skills to deal with a crisis at a local level – while advocating for better disaster laws at a governmental level – will improve response and resilience among those most likely to be at the centre of events.”

Polish Red Cross volunteers will be staffing the IFRC’s exhibition stand at the main COP 19 venue – to include videos, briefings on humanitarian issues, and educational games – and the delegation is co-hosting two important side-events.
‘Brainpower’
This Thursday, a workshop co-hosted by the Center for International Forestry Research (CIFOR) and other partners will examine how “ecosystem-based and community interventions can contribute to addressing adaptation and mitigation,” according to an advance circular.
Discussion will centre on synergies in forestry and agriculture, and include case-study presentations from Indonesia, Africa’s Congo River basin, mangrove restoration in Vietnam, and reforestion in Uganda.
Over the middle weekend of the Warsaw COP (16 and 17 November), the popular Development and Climate Days (“D&C Days”) – a fixture at COPs for more than a decade – will be hosted by the Climate Centre and bring together policy-makers, scientists and development practitioners.
The Climate Centre and the Global Environment Facility will facilitate the Saturday programme, showcasing practitioners’ field experience; on Sunday, the Climate Centre and the International Institute for Environment and Development, which originated D&C Days 11 years ago at COP 8 in Delhi, will focus on “innovative game-based approaches for action on climate-change education, learning and capacity building.”
The Climate Centre’s Associate Director for Research and Innovation, Dr Pablo Suarez, who is in Warsaw, said: “The default approach in training of all kinds tends to be a sequence of PowerPoints followed by questions and answers, but it’s all in one direction and most people are passive.
“With participatory methods like games, everyone’s brainpower is at work. You get more intensity, more connection, more interaction – just what we need to meet the challenges being addressed at this COP.”
Naviyago Bila village, Fiji, June 2013. Villagers and the local Red Cross discuss ways to prepare for repeated heavy rains. National Society leaders from Pacific Island nations met last week, in the run-up to the IFRC General Assembly in Sydney, to call for “boldness on adaptation”. (Photo: Benoit Matsha-Carpentier/IFRC)
We use cookies on our website to give you the most relevant experience by remembering your preferences and repeat visits. By clicking “Accept All”, you consent to the use of ALL the cookies. However, you may visit "Cookie Settings" to provide a controlled consent.
Cookie SettingsAccept All
Manage consent