Toward 2030: UK think-tank lists 11 nations most at risk from ‘disasters and climate extremes’ 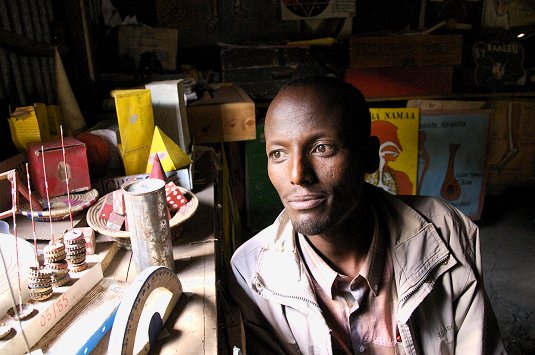 A new UK think tank report says extreme weather linked to climate change is increasing and may cause disasters that nullify progress on poverty reduction.

It says that without concerted international action, up to 325 million “extremely poor” people will be living in 49 very hazard-prone countries in 2030 – mainly in South Asia and sub-Saharan Africa.

The 11 countries most at risk of disaster-induced poverty (in alphabetical order) are expected to be: Bangladesh, Democratic Republic of Congo, Ethiopia (pictured), Kenya, Madagascar, Nepal, Nigeria, Pakistan, South Sudan, Sudan and Uganda.

The report is published under the joint imprimatur of the Overseas Development Institute (ODI), the UK Met Office and Risk Management Solutions – a private company specialising in risk management.

The geography of poverty, disasters and climate extremes in 2030 echoes a report by the World Bank earlier this month which argued that climate impacts had been building “nearly invisibly for generations” and now affected developing countries disproportionately.

“What’s new about this report,” says Dr Maarten van Aalst, Director of the Climate Centre, “is that it analyses the risks for the coming two decades – the standard timescale for most development planning – and actually identifies regions and countries facing disaster-induced poverty.”

The report adds:“We already know that disasters have a distinct geography, that poverty is concentrated in particular parts of the world, and that climate change has an impact on extremes of heat, rainfall and drought in many regions.”

It argues that if the international community is serious about eradicating povertyby 2030, it must put disaster risk management (DRM) “at the heart of poverty eradication efforts”.

The ODI is the UK’s leading independent think tank on international development and humanitarian issues.

Its report’s other key messages include the argument that DRM should be a key component of poverty reduction efforts, focusing on protecting livelihoods as well as saving lives.

“There is a need to identify and then act where the poor and disaster risks are mostconcentrated,” it says.

“The post-2015 development goals must include targets on disasters and climate change, recognising the threat they pose to the headline goal of eradicating extreme poverty by 2030,” the report also recommends.

“This report provides a glimpse of what we can expect to happen to the world’s poorest people if we pursue a business-as-usual approach to helping them prepare for disasters,” Tom Mitchell, one of the report’s authors and Head of Climate Change at ODI, is quoted as saying.

“We know that disasters entrench poverty – they don’t just end lives, they destroy shops, roads, crops, houses and hospitals in places where there are no safety nets such as insurance or social security.

“Without meaningful change, talk of the end of extreme poverty is pie in the sky.”

An Ethiopian head teacher in the art room of his school in Oromia. A new British report on disasters and climate extremes argues that investment in education is “a prime example” of an effective way to reverse the drivers of poverty.
(Library photo: Antony Robbins/ODI)