Australia’s heatwave ‘every bit as severe as forecast’ 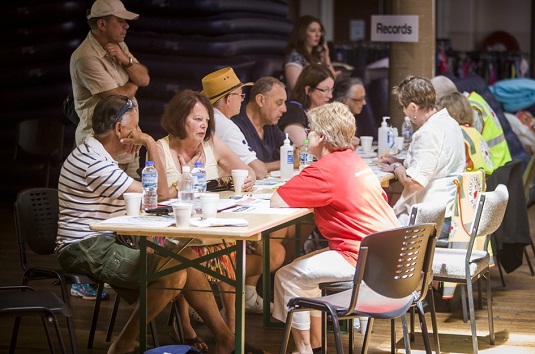 The Australian Bureau of Meteorology today said the current heatwave will continue for the next few days and has been “every bit as severe as forecast” – both in the huge area affected and in the record temperatures.

“The late onset of the monsoon that would bring some relief in the way of cloud cover and rain has not yet eventuated,” said Alasdair Hainsworth, assistant director of weather services, in a media release.

“As a result, extremely hot air masses are developing in the north of the continent and being driven into southern Australia ahead of each cold front.

“We are closely monitoring the situation for signs of the development of the northern monsoon, which will provide some relief…Tropical cyclone activity is also being closely monitored,” he added.

The Australian Red Cross, an extremely well-prepared National Society, is warning people to take steps to protect themselves from the potentially lethal heat. “Extreme heat events have killed more people in Australia than bush fires, cyclones or any other natural disaster,” says the ARC website.

It adds: “A heatwave can be dangerous for anyone, especially older people, young children and people with a medical condition.” The ARC is advising people to stay indoors during the day, do what they can to keep cool, drink lots of water, and ask for help as soon as necessary.

Red Cross fact sheets and specific advice for elderly people have been made available online. In South Australia, Red Cross volunteers are checking on more than 2,500 vulnerable people as part of the Telecross REDi service, begun in 2009 after the lethal heatwave that year.

The volunteers make check calls on registered clients up to three times a day for the duration of the emergency; if a call goes unanswered, the Red Cross activates an emergency procedure.

Across Australia, Red Cross emergency teams are on high alert to respond to bush fires and other incidents resulting from the heat.

More than 100 bush fires are reported to be burning in New South Wales, and are also causing concern in Tasmania.

“As always, no single extreme-weather event can be attributed directly to climate change, and the full risk arises from a combination of factors,” says Dr Maarten van Aalst, director of the Climate Centre in The Hague.

“But what we’re seeing now in Australia is indeed compatible with what the IPCC projects for the region over time.”

In a “special climate statement” on this month’s heat, also issued today, the Bureau of Meteorology said the last four months of 2012 had been “abnormally hot” across Australia.

“Since the middle of the 20th century, Australian temperatures have, on average, risen by about 1°C, with an increase in the frequency of heatwaves and a decrease in the numbers of frosts and cold days,” according to the bureau’s online brief on climate change.

“Rainfall patterns have also changed,” it says, with the north-west experiencing an increase while much of eastern Australia and the far south-west saw a decline.